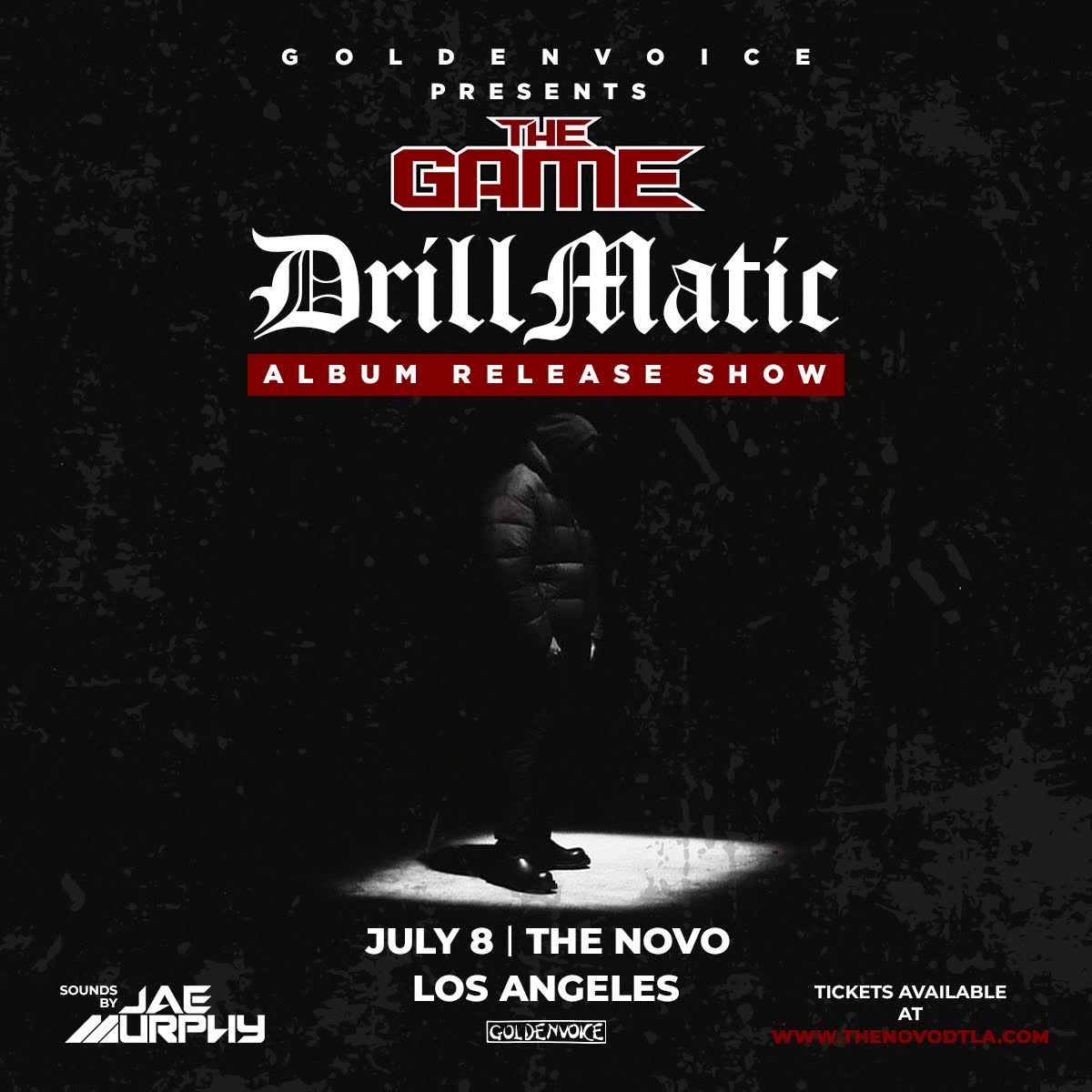 After numerous delays, The Game’s upcoming studio album, Drillmatic, is right around the corner. In anticipation of the album, The Game will be performing the album at the DrillMatic Album Release Show at the Novo in his hometown of Los Angeles, CA, tomorrow, July 8th.

The album release show is produced by Goldenvoice, a subsidiary of AEG Live, who is bringing other artists such as Scarface, Sean Kingston, Joey Bada$$, and Capella Grey to the Novo later this year.

Despite not having a solid release date, the Compton MC’s latest album is sure to follow soon after the album release show. Just yesterday, The Game took to Instagram to thank Jay-Z for clearing 7 samples on the forthcoming project.

“S/O to S.Dot for clearing all 7 samples on #Drillmatic,” The Game wrote on Instagram. “3 more sample clearances & the AOTY belongs to me & hit-boy.”

The Game says AOTY belongs to him after sharing that Jay Z cleared 7 samples he’s using on his upcoming album! ??? Y’all ready for ‘Drillmatic’ to drop? pic.twitter.com/JR16BhiOvT

Drillmatic marks the 10th studio album from the West Coast MC. He was slated to retire after his 9TH album, Born 2 Rap, but it seems as if The Game had a change of heart following his single “Eazy” with Kanye West earlier this year. The album is being entirely produced by fellow West Coast producer Hit-Boy. In a Pusha-T fashion, The Game is already hailing his upcoming project as the best album of the year.

Just last month, The Game and Hit-Boy dropped the first single for the forthcoming album titled “Violence.” You can check it out below, and purchase tickets to the album release party here.