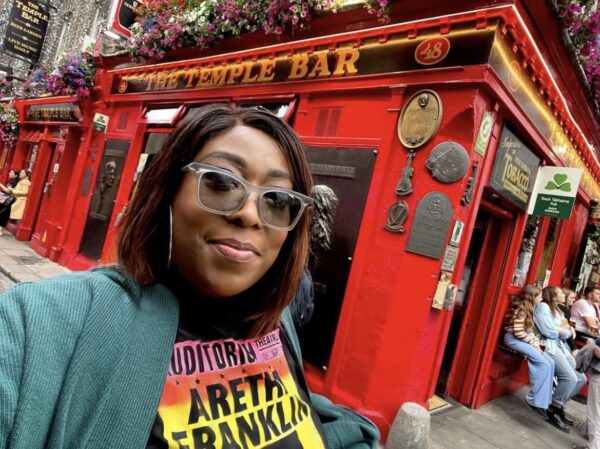 The “Soul Plane” actress turned 51 on July 14, and her new co-host of “E! Daily Pop,” Justin Sylvester, and the day’s guest co-host, “Full House” actress Jodie Sweeten, surprised her with a trombone-and-trumpet “Happy Birthday” performance by The Potash Twins, as well as a sweet birthday message from former co-host Tamera Mowery.

“I was on a show for 8 seasons and never got a birthday surprise .. I am humbled for this. Thank you to my @ENews fam“

Loni Love fired back at a fan after the reality TV host claimed her former hosting job The Real never gave her a solo birthday surprise celebration.

Although Love showed appreciation for the sweet gesture from E!, fans couldn’t help but point out her shade directed at the Daytime Emmy-winning talk show.

One fan in particular uploaded a throwback clip from 2016 underneath Love’s tweet that showed Love being given a surprise birthday celebration with her July birthday twin Tamera. However Love stated the clip only validated her point.

She responded, “Like I said, eight seasons boo.. Never got one, that was a combo.. Oop.”

TheShadeRoom reposted Loni’s message onto their Instagram page, and fans didn’t understand the reasoning behind the dig.

“There was no need for the shade, seeming a little bitter.”

“Sooo why didn’t you say anything for 8 seasons?”

“So she also had an issue with the show but stood 10 toes down defending them when other people spoke out about the show?”

Do you think Loni Love has a point?