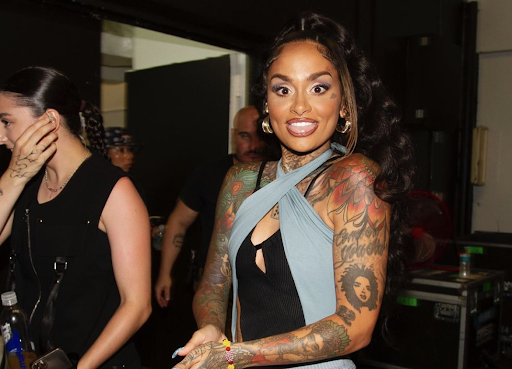 Kehlani who kicked off her Blue Water Road Trip Tour in Virginia was captured clapping her booty during one of her dance routines and the internet can’t stop talking about it. Gave fans a show they’ll never forget. For her set, the singer wore gray leggings, a knitted sweater filled with holes, and a sports bra.  The video footage captured the Atlantic Records recording artist delivering her vocals before turning around and showing the crowd her backside. As the hook for “Distraction” played, on beat, Kehlani made her butt clap to the rhythm and held her microphone behind her. Instantly, the crowd screamed in excitement at her moves.

Twitter instantly went into a frenzy and responded with comments like “Kehlani T=twerking is really giving us life while some is comparing the reaction to her performance to the same reaction as when R&B singers take off their shirts during performances.

Just seen that kehlani vid & It’s cool that twerking during a live performance is receiving the same reaction as when r&b singers took off their shirts. ?

On Wednesday, Kehlani went to Twitter to respond to her viral twerks saying she wasn’t going to do it anymore because she didn’t want it to get played out.  She and her team did it to have fun and threw it into the routine to be funny.  The response has been to keep into the routine, she answers jokey with “Yall gonna get tired of her shaking her little flap jack.” Take a look at her response below.