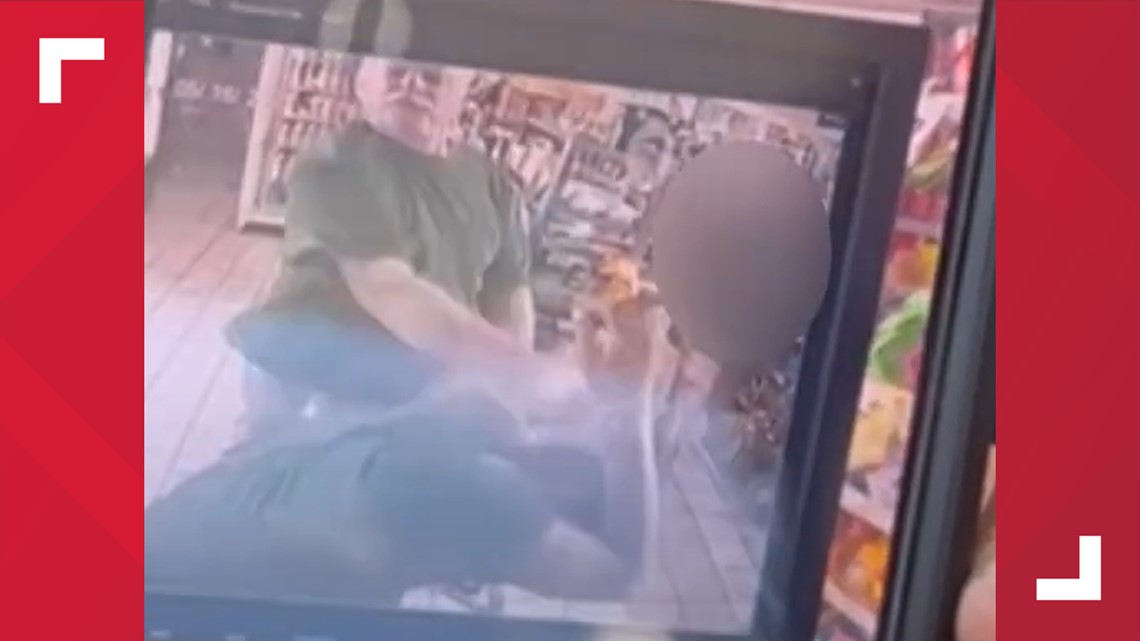 Last week a 23-year-old Black woman, Rayme McCoy was attacked by an irate white man who was in an argument with someone else.
Kevin Troy Williamson, 59, was arrested Friday and is charged with battery.
McCoy says that Williamson was shouting off all types of racist slurs and approached her while she was standing at the register to pay. Upon asking him to give her some space, he replied that he had his firearm in his car.

“SO AT THAT POINT, I FELT THREATENED,” MCCOY SAID. “HE PUT HIS BEERS ON THE COUNTER IN FRONT OF MY STUFF AND I SLID THEM OVER AND AT THAT POINT, THAT’S WHEN HE STARTED PUNCHING ME IN THE FACE.”

You may find the video below disturbing. It isn’t bloody but it is violent. Press play at your own risk.

“I WAS LITERALLY SHOCKED,” SHE SAID. “AFTER THE FIRST HIT, YOU CAN SEE MY MOUTH DROP. AFTER ACTUALLY SEEING THE VIDEO IT’S JUST SHOCKING TO SEE THERE WAS OTHER PEOPLE THERE AND NOBODY DID ANYTHING.”

Two witnesses were interviewed by the police and a week passed before an arrest was made. Also despite the fact that Williamson, was spewing racist slurs, the Jacksonville Sheriff’s Office is not classifying this attack as a hate crime.

Watch the shocking video below.