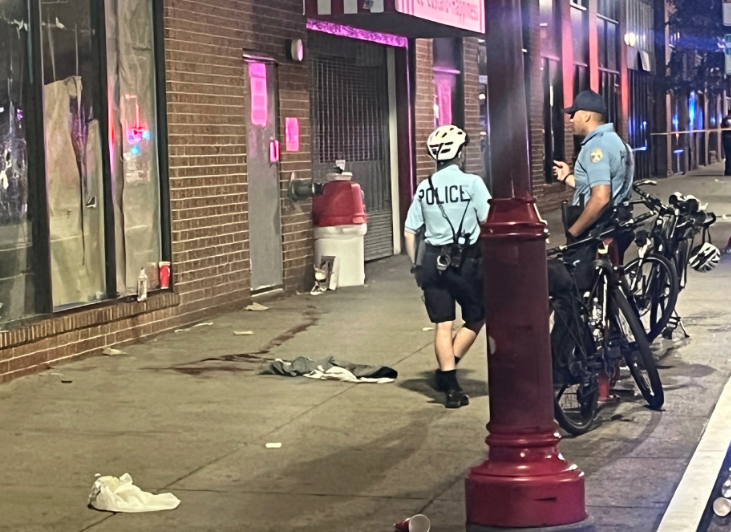 Mass shootings have become a crisis of sorts in this country and with families of the victims still mourning the ten dead in Buffalo, New York, the South Street, Philadelphia mass shootings that left three dead and several people injured only confirms that the U.S. has had a problem keeping weapons out of the hands of criminals. Now, footage from Sunday’s Philly tragedy has surfaced online, with some of the footage actually showing the shooters who were involved.

It was reported that 13 people were injured and 3 were killed after several men armed with weapons got into a verbal disagreement, which eventually turned into a physical confrontation.

Police inspector D.F. Pace noted numerous shooters on the scene were actively firing shots. Another officer fired a shot at one of the active shooters, but the gunman was able to get away from the scene. The inspector then said one of the two guns retrieved had an extended clip attached to it.

Two of the suspects have been arrested while a third suspect, who police believe was shot by one of the officers, still remains at large.