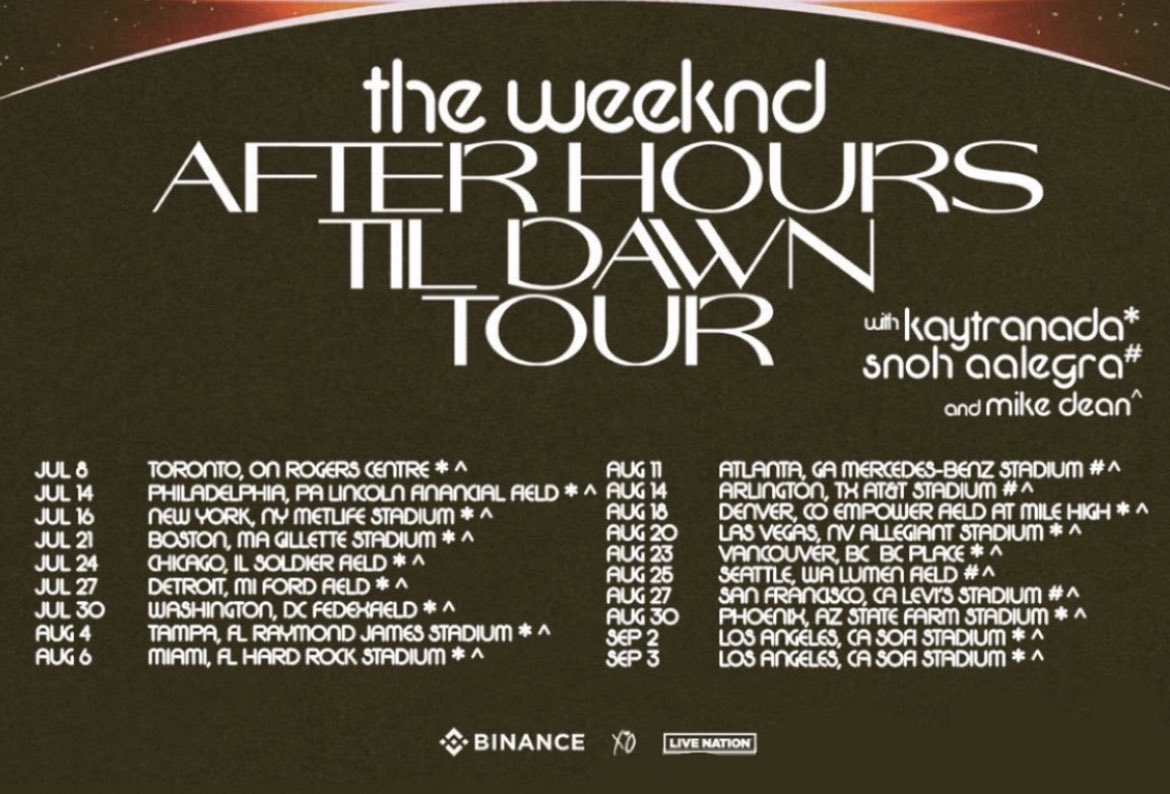 The Weeknd Announces Snoh Aalegra, Kaytranada and Mike Dean to Join Him on Tour

The Weeknd has found replacements for his upcoming Stadium Tour. After Doja Cat was forced to bow out due to tonsil surgery, The Weeknd has added a trio of acts to support him on his global run of dates.

According to Variety, The Weeknd has announced Snoh Aalegra, Kaytranada, and Mike Dean for the 19 dates.

Earlier this year, The Weeknd and Kaytranada collaborated on a remix of “Out Of Time.” Dawn FM, his fifth studio album, has had over 2 billion streams worldwide, including 160 million for the song “Out Of Time.”

The Weekend released the music video for “Out Of Time” earlier this year. Cliqua directed the video, which starred Jim Carrey, also featured in the song, and South Korean model and actress HoYeon Jung. The Weeknd’s earlier songs “Blinding Lights” and “Starboy” were also certified by the Recording Industry Association of America (RIAA). The Weeknd becomes only the sixth solo artist to get three diamond digital single awards with these certifications.