BREAKING NEWS
GMT-4 04:07
Home Politics There Are Huge Crowds At March For Our Lives Rallies Across The Nation 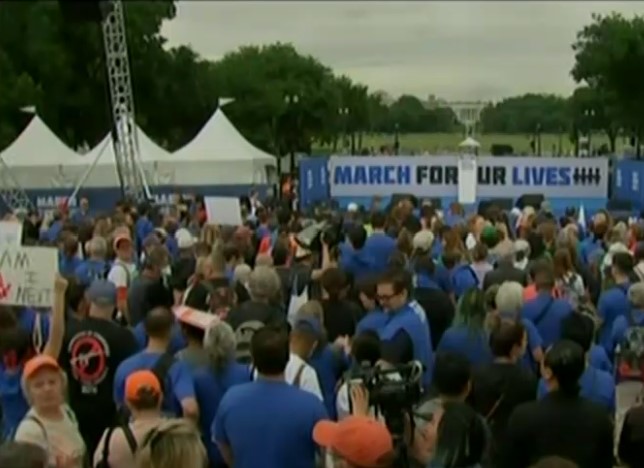 Big crowds are gathering across the country to demand common-sense gun laws at March For Our Lives events.

A crowd that is smaller than in 2018 but still impressively large is rallying in Washington, DC:

not quite as big a crowd or as much of a production as the original 2018 March for Our Lives in DC, but many thousands of people gathered right now at the Washington Monument right now to call for action on gun laws pic.twitter.com/haZowROAt1

Here was the crowd in Minneapolis, MN, two hours ago:

Here’s a look at the growing crowd off Washington Ave near downtown Minneapolis ahead of a planned “March for Our Lives” event this morning.

The group says they are demanding President Biden and lawmakers take action immediately to stop gun violence. More to follow for @wcco pic.twitter.com/BtJF9sLmfb

The crowd in Buffalo, NY:

Around 1,000 people are expected in Dallas, TX:

The crowd is growing steadily. Around 1000 are expected to gather here in Dallas to participate in the March for Our Lives. pic.twitter.com/m8JPeg5opz

A big crowd has assembled in Parkland, FL, the place where this movement began after the mass shooting at Stoneman Douglas High School:

There are more than 450 March For Our Lives rallies scheduled to take place throughout the United States on Saturday, and as usual, they are being woefully undercovered by cable news and mainstream media outlets.

All told, hundreds of thousands of people will march.

There will be more people marching than attended Donald…