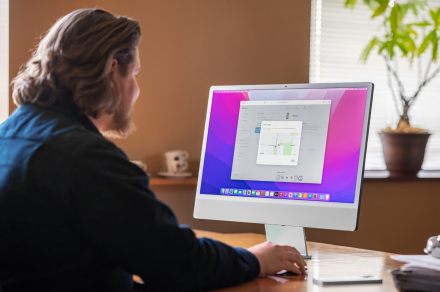 This 27-inch iMac Pro should have launched in 2021

According to a new rumor, Apple explored the possibility of a 27-inch iMac in 2021 and its configuration suggested that it would have been a replacement for the discontinued iMac Pro.

A rumor with details that suggested Apple created three 27-inch iMac prototypes originated on a MacRumors forum in March of this year and was highlighted in a recent story. MacRumors notes that the forum member, Amethyst, correctly identified several details of Apple’s Mac Studio before any other sources.

According to the user, Apple first created a 27-inch iMac that used the same chassis as the Intel iMac Pro but had been updated to run on Apple’s M1 chip. A second version is claimed to have been made in August of 2021, using the updated design of the 24-inch iMac but scaled up for the larger screen. By November, Apple supposedly created a dream machine prototype with an XDR display and an M1 Max processor. This would have been an exciting Mac, collecting together Apple’s best screen and computer technology in an all-in-one solution.

Apparently, this would have had a much greater performance than the 24-inch iMac that was released in April of that year and at least match the top performance of the 2021 MacBook Pro that arrived in October of 2021.

Plenty of fans expected Apple to launch a 27-inch iMac Pro at its 2021 fall event which was titled ‘Unleashed.’ Even leakers with impressive track records like Bloomberg’s Mark Gurman predicted a 27-inch or larger iMac with a more powerful processor than the M1. This would have filled a gap in Apple’s lineup, a more powerful Apple Silicon Mac for the desktop. Alas, we had to wait until March of 2022 to get the super-fast Mac Studio with its M1 Ultra chip.

While a product that wasn’t released might not be of interest if you’re shopping for an iMac right now, it could provide clues for a future version that’s yet to be released.

Supply chain troubles were hitting hard in 2021 and that alone could have altered Apple’s plans. Those delays are still having an effect and if a new iMac Pro is ever launched it seems that it might not…