BREAKING NEWS
GMT-4 12:22
Home Black Global This Former Black Stars And Kotoko Goalkeeper Says He Left For US Because There’s No Future In Ghana 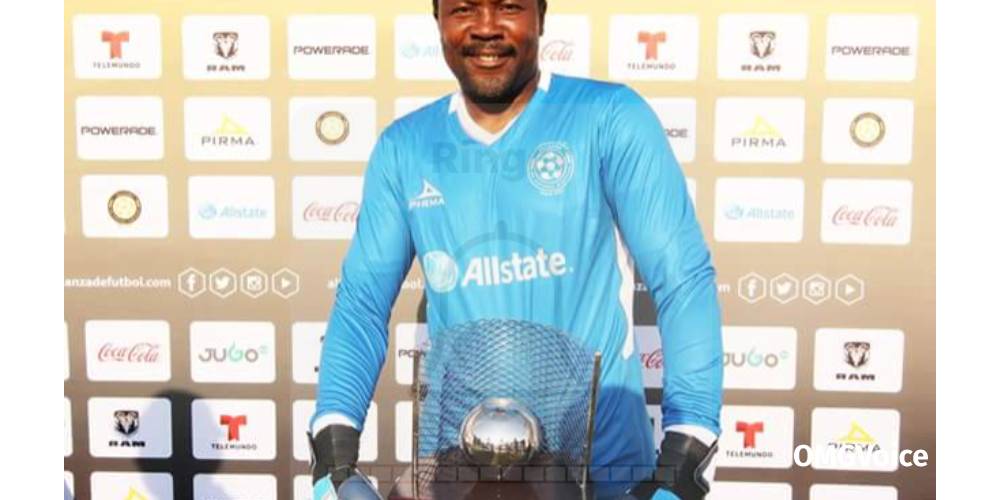 Former Kotoko and Black Stars goalkeeper, Louis Quainoo has stated that he left Power FC for the United States in 2004 because he realized there was no future for him in Ghana.

Speaking on Daily Hustle Worldwide with DJ Nyaami, Louis mentioned that despite being signed to a new club, he did not believe he had a future here. Moreover, he refuted claims that he took the signing-on fee and took off to the US.

“It was a swap between Power FC and Kotoko. Kotoko did not want to sell me off for only GHs7K. So Power gave up a player and added 7K to it, but Power FC later came out and I fled after they paid me.

I didn’t like the lives old players led after retiring. People start to call footballers old after playing for five to ten years, and I didn’t want them to call me old. That is why I left.”

The former Black Stars goalkeeper added that he had plans of playing for a club in Israel, but the Israel-Pakistan war caused him to stay in the US.

According to Louis, he had a bitter experience in Takoradi at the beginning of his career. As a result, he decided he’d never visit the city.

“I had no agent at the time and met Sly, but the old players and coaches in Tadi will pull you down. They told him that I was stubborn, and Sly refused to manage. So I left for Bogoso to play for a team. I haven’t been to Takoradi in over 30 years,” he said on SVTV Africa.

Louis Quainoo has been living and working in the US for over a decade.