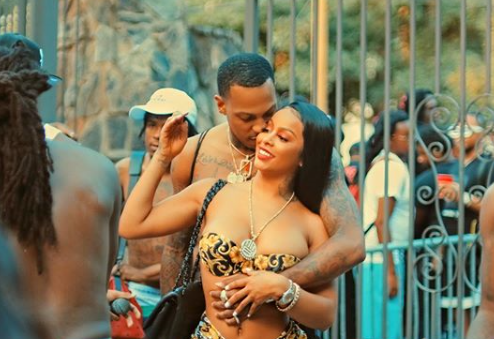 ‘This Is How Exes Should Pay Their Respects’: Alexis Skyy Shares Messages Following the Passing of Ex-Boyfriend, Rapper Trouble

Alexis Skyy paid tribute to her ex Mariel “Trouble” Orr on June 5 after the rapper passed away at 34 from a gunshot wound during a home invasion.

According to WAGA-TV Fox5 in Atlanta, the shooting took place before 3:30 a.m. at the Lake St. James apartment complex located in Conyers, Georgia. Police officials claim that Orr, who was visiting an unidentified woman, was pronounced dead on the scene after being shot once in the chest.

No arrests have been made, but a warrant was issued for a man named Jamichael Jones. The 33-year-old is wanted “on charges of felony murder, aggravated assault, and home invasion.”

It is reported that Jones forced entry into the residence that Orr and the unnamed woman were in and shot the “Ain’t My Fault” emcee. During a press conference, Rockdale County Sheriff’s Office spokesperson Jedidia Canty shared that the men didn’t know each other. Canty also stated that the incident stemmed from a “domestic dispute” involving Jones and the unidentified woman.

Trouble’s record label confirmed his death on June 5 after the rapper was shot and killed in a home invasion. Photo:@defjam/Instagram

Orr’s record label Def Jam would later confirm his passing by sharing a touching post for the star. As the news circulated online, Skyy took to her Instagram story to pay her respects to her former lover.

In one post, the model shared a tweet Orr wrote on May 14 about how fragile life is. He said, “Life short af dawg smh Neva know when yo numBa gon Be called! Move wit grace Be grateful Forgive – Dont forget.. Love yo ppl n make sho dey know!! Respect yo ppl Respect life! It can Be all ova anyday! On Lord.”