BREAKING NEWS
GMT-4 09:19
Home Technology This is how the lunar eclipse looked from space 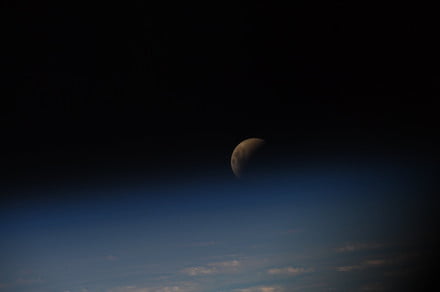 This is how the lunar eclipse looked from space

Posted By: adminon: May 16, 2022In: TechnologyNo Comments
Print Email

An astronaut aboard the International Space Station (ISS) managed to photograph the awesome sight of Monday’s lunar eclipse.

Recent ISS arrival Samantha Cristoforetti tweeted several photos (below) of a partially eclipsed moon, as seen from the orbital facility about 250 miles above Earth.

“A partially eclipsed moon playing hide-and-seek with our solar panel,” Cristoforetti wrote in a tweet accompanying the stunning images.

A lunar eclipse occurs when Earth comes directly between the the sun and the moon, causing our planet to cast a shadow over our nearest celestial neighbor. Partial lunar eclipses, where only part of the moon is shadowed by Earth, are quite common, but full ones, like the one that occurred at the weekend, occur less frequently.

The recent total lunar eclipse was best viewed from the Americas, though skywatchers in parts of Africa and Europe were also able to enjoy the phenomenon.

The next total lunar eclipse will occur on November 8, 2022, and will be visible in parts of the U.S. and Asia, but after that earthlings will have to wait until May 2025.

The four astronauts, along with three others aboard the station, will spend their time carrying out scientific research in microgravity conditions, conducting spacewalks to maintain and…