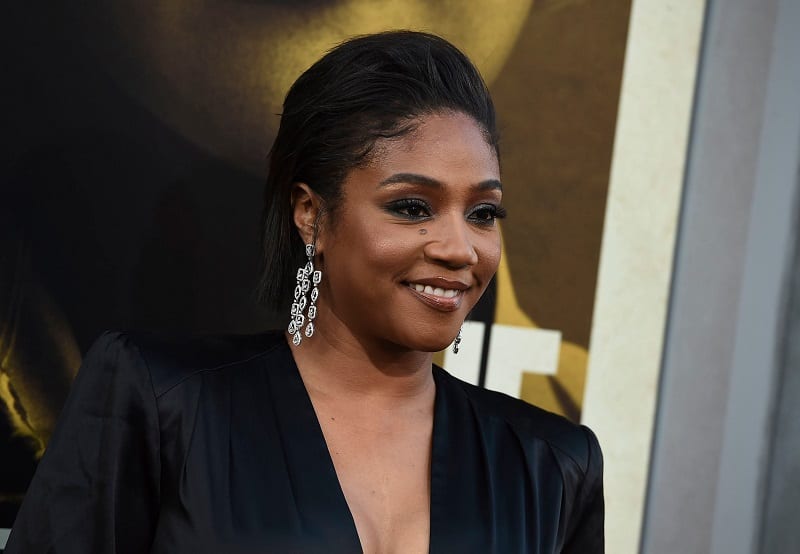 Actress Tiffany Haddish says she lost all her jobs after a recent lawsuit was filed against her.  Along with Aries Spears, the two comedians were accused of grooming and coercing two siblings “Jane” and “John Doe”, aged 7 and 14 at the time, to take part in sexually explicit skits on two separate occasions.

On Wednesday Haddish told reporters the lawsuit cost her everything, including all her jobs, but that she feels relieved now that the whole thing is behind her.

According to reports, Haddish worked out a settlement agreement, privately with the two accusers and in return, the “Jane Doe” has now dismissed the lawsuit entirely.

The Girls Trip actress said she “deeply regrets” agreeing to act in the comedy sketch six years ago alongside comedian Aries Spears.

She’s also distancing herself from Aries Spears, and said she doesn’t affiliate with him anymore.