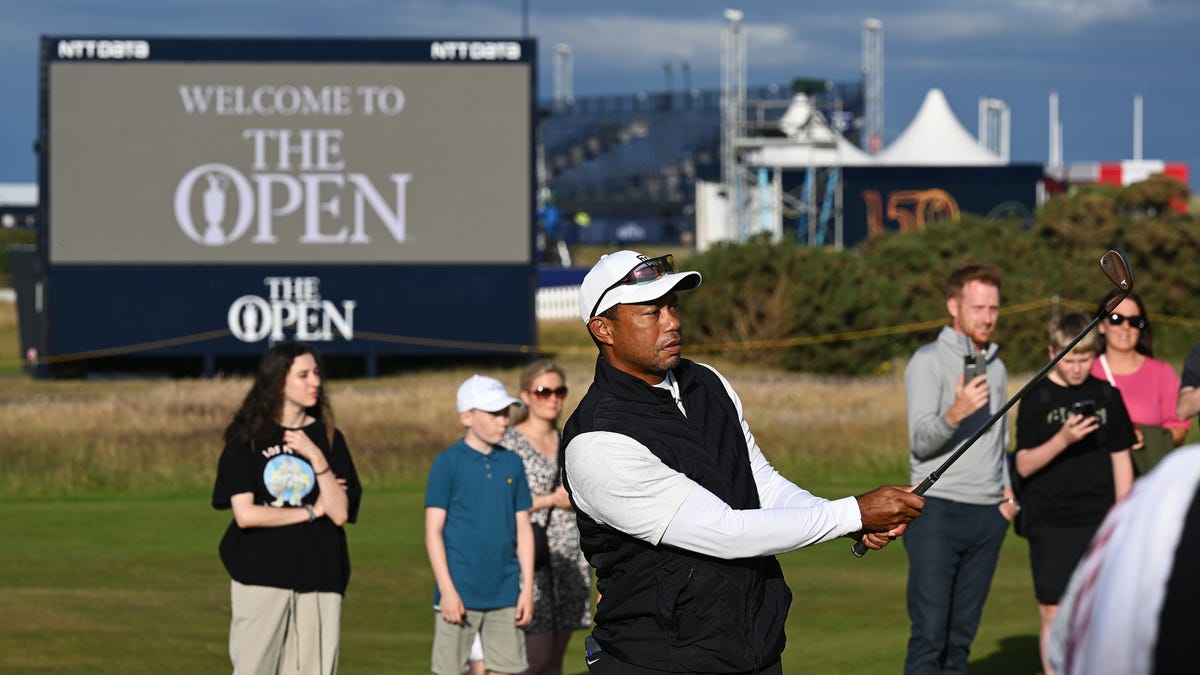 The 46-year-old golfer participated in a Pro-Am earlier this weekPhoto: Getty Images

The British Open, the final major golf championship of the year, doesn’t tee off until Thursday, but it’s already dominating the sports headlines this weekend as 2022’s Tiger Woods comeback and Saudi drama come to a head.

Here’s what to know before the Open Championship — the oldest golf tournament in the world celebrating its 150th iteration — begins this week.

Tiger’s back, back again

After Woods’ four-day Masters performance — not up to his old standards, yet an equally impressive feat in coming back from a car accident that nearly killed him — he squeezed three days out of the PGA Championship before withdrawing and announcing his decision to sit out of the U.S. Open to give himself time to recover.

The 46-year-old golfer participated in a Pro-Am earlier this week and played Ballybunion with Rory McIlroy. He won at St. Andrews in 2000 and 2005, and the Old Course this weekend will host the 150th Open Championship. Woods also notched a victory in 2006 at Royal Liverpool.

His close friend and fellow pro, Justin Thomas, told the media that “he’s been circling this on his calendar for a while, and he’s been vocal about that, and it’s I think his favorite golf course in the world and he loves it.” Thomas also said he and other golfers have been poking fun at Woods for using a cart to get around, though he’ll walk the course for the actual tournament.

The R&A announced last month that LIV golfers would be allowed to compete in their major, saying that “openness has been fundamental to its ethos and unique appeal,” but they have explicitly uninvited two-time Open champion Greg Norman from their champions’ dinner for his role as the Saudi league’s spokesperson.

“The 150th Open is an extremely important milestone for golf and we want to ensure that the focus remains on celebrating the championship and its heritage,” the R&A said. “Unfortunately, we do not believe that would be the case if Greg were to attend.”

Norman, the CEO of LIV, has been a vocal supporter and…