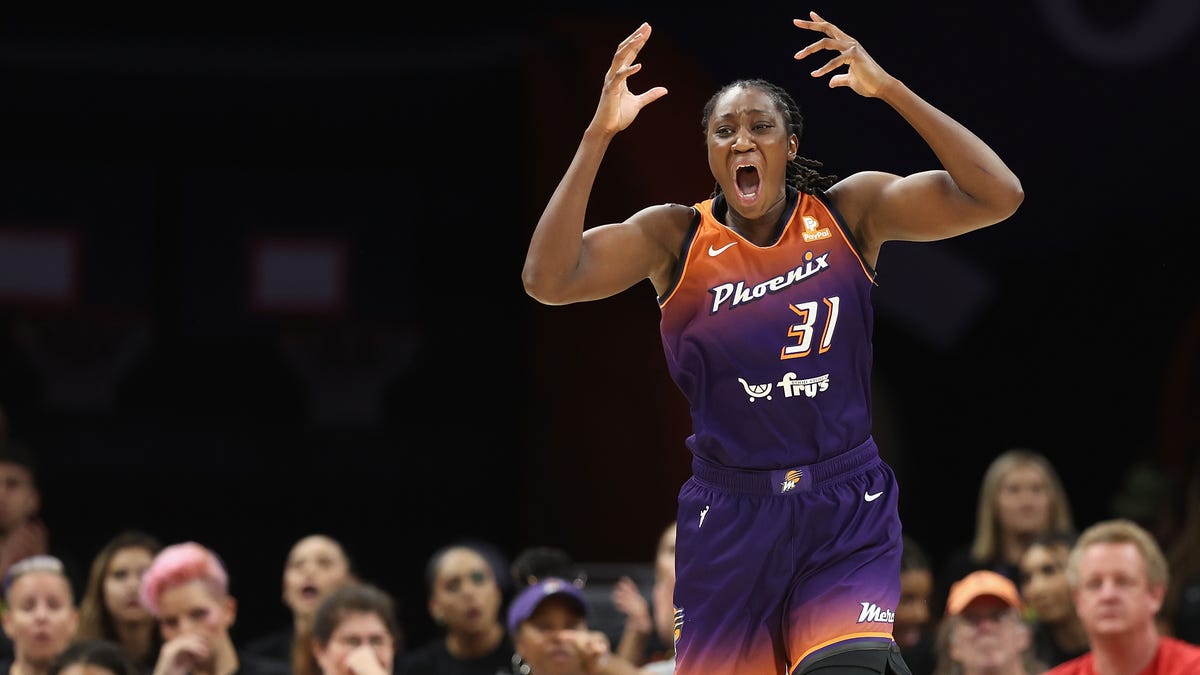 Superteams are having a tough go of it in 2022. Tina Charles’ “contract divorce” with the Phoenix Mercury was the type of clean, drama-free breakaway from an underwhelming superteam Kyrie Irving could only dream of. Charles, 34, is at the tail end of her prime and reportedly upset with her role on the Mercury, so the team decided to grant her a clean release. Reportedly, Charles will sign with the Seattle Storm once she clears waivers.

The official line from Charles’ camp is that Charles was unhappy with her usage in Phoenix. However, that appears to be more like a smokescreen for her desire to play on a contender. This season, Charles is averaging 17.3 points on 53.0 percent true shooting, 7.3 rebounds and using 25.9 percent of the team’s possessions.

She ranks eighth in the WNBA in usage rate and ninth in points while sharing the court with Diana Taurasi and Skylar Diggins-Smith. Charles was the scoring champ in 2021 on a Mystics team that missed Elena Della Donne for all but three games.

After spurning the Storm to sign with the Mercury in February, Charles’ 2022 season quickly became a mirror of 2021, when Brittney Griner was imprisoned in Russia. Charles was a liability on defense and without Griner in the paint, the Mercury struggled to compensate.

The Mercury, as one would expect, aren’t happy about Charles jumping ship. During the Mercury’s 83-72 win over the Dallas Wings on Saturday, guard Sophie Cunningham eloquently laid out the team’s feelings toward their former teammate.

The frustration from Phoenix is understandable. After signing Charles, Phoenix had arguably the most complete team in the WNBA. Instead, the 7-12 Mercury have been put through the wringer. Arguably their best player has been imprisoned in Russia for months and there appears to be no immediate release for her in sight. Griner’s imprisonment and the negotiations surrounding her release in the wake of the Russia-Ukraine war have weighed heavily on the WNBA, but especially on the shoulders of the team that she has spent her entire career on.

We saw cracks in the facade when…