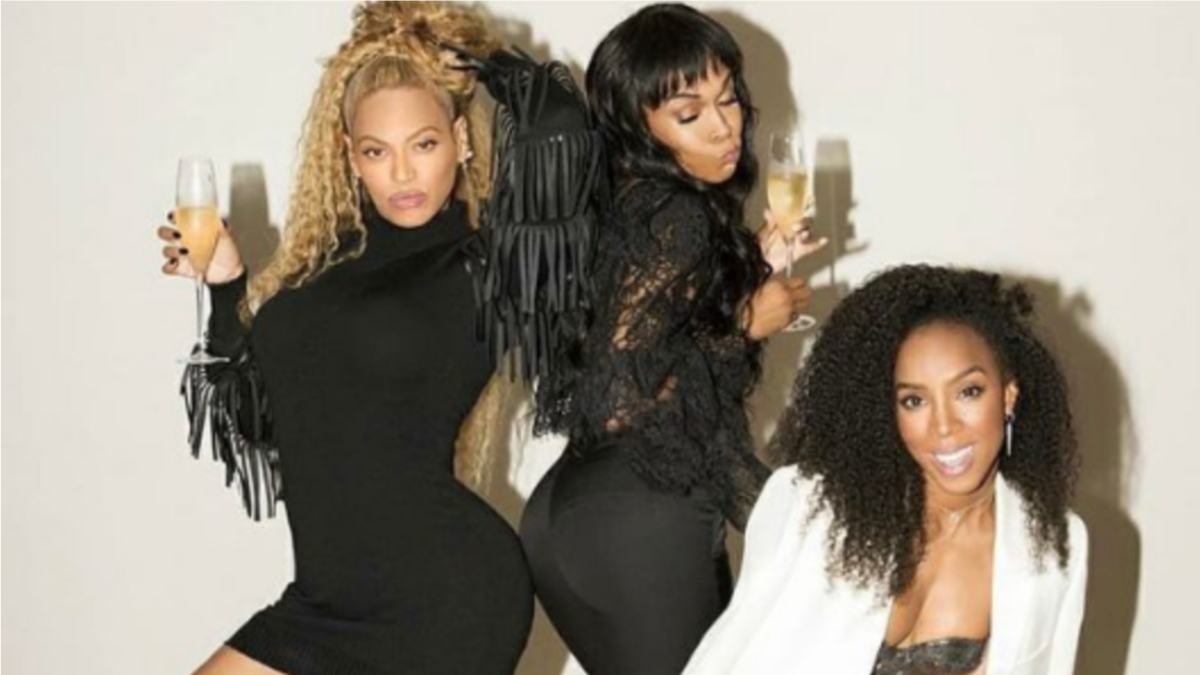 Tina Knowles-Lawson has Destiny’s Child’s fans in a frenzy.

The mother to Grammy Award-winning daughters Beyoncé and Solange Knowles sent fans into high-alert mode after sharing a screenshot of the group’s members together. The image posted on Aug. 22 amassed more than 96,000 likes and hundreds of comments.

The attention-grabbing moment, which was altered to include Kelly Rowland, shows Beyoncé and Michelle Williams wearing all smiles as they embraced each other. The original photo can be found on the “Renaissance” singer’s website. In the pic shared to Knowles-Lawson’s page, Williams is wearing a black jumpsuit and rocking her hair in cornrows; Beyoncé is wearing a fitted mini black dress featuring cut outs over the bust, with straight golden-blond tresses falling just at waist length; Rowland is wearing a Jean-Louis Sabaji latex and tulle sheer couture dress. Her long black tresses are also straight as they flow down her back. The “Motivation” singer was snapped in the jaw-dropping dress while attending Vanity Fair’s Oscar afterparty in March of this year.

Edited image or not, fans excitedly fawned over seeing the women reunited. Even more were quick to jump to the conclusion that the trio must be working on a project in order for Knowles-Lawson to share the photo.

“Whyyyy do I feel like you’re trying to tell us something without telling us something,” wrote one person. Another read, “I WANT THEM BAAAAAAAAAACK.” The comment was just one of several with some version of the same message. Others made direct pleas for the fashion enthusiast to use her motherly ways to encourage Beyoncé, Williams and Rowland to get to work on a joint project.

“Mama Tina can you make this reunion happen! Lol we need this album STAT!” Ahahahahaha,” read another comment.

Someone else wrote, “Mama Tina get them in the studio together please.”

And a third adamant fan commented, “Mama T, tell them to get us some real updated pics lol. We want a new dc3…