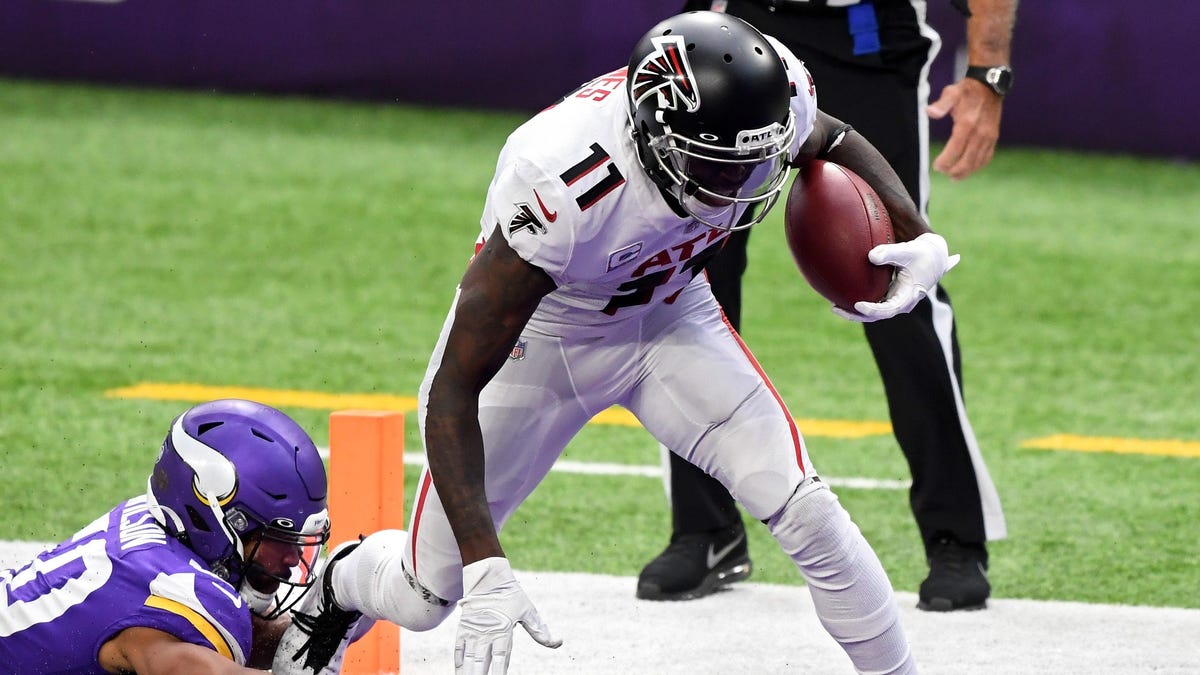 We could see much more of a healthy Julio Jones in the endzone this year.Image: Getty Images

John Parker Wilson, Greg McElroy, A.J. McCarron, Matt Ryan, and Ryan Tannehill. Those are the men that are responsible for why one of the best wide receivers over the last decade-plus has underwhelming touchdown numbers.

Julio Jones is now a member of the Tampa Bay Buccaneers, which means that for once in his career he won’t be the first or second option. But, best of all, he finally has a quarterback that can get him the ball in the endzone.

At 33, it’s safe to say that Jones’ best days may be behind him. And as my colleague, Jon Hoefling, recently wrote, “Yes, Julio wasn’t the same Quintorris we saw dominate the 2010s, but when he was healthy last year he showed some flashes.” But even when Jones was balling out his touchdown totals were always lacking.

At Alabama, despite being the wideout that eventually became the sixth overall pick of the 2011 NFL Draft, he never caught double-digit touchdowns in a single season when he played for the Crimson Tide. He hauled in four as a freshman, four as a sophomore, and caught seven during his junior, and final, season.

In the NFL, the 2012 season was the only campaign in which Jones reached double digits touchdowns as he hauled in 10. During the 2011, 2015, and 2018 seasons he caught eight, which are tied for his second highest. When you look at who has been throwing to the seven-time Pro Bowler during his career, it’s clear that Matt Ryan is the best quarterback he’s had until he takes the field with Brady. But even then, Ryan’s peak is Brady’s basement. The best touchdown season of Ryan’s career was in 2016 when he threw 38. For comparison’s sake, Brady has thrown more than that four times, which includes the 50 he had in 2007, and the 40 and 43 scores he put up in the last two seasons at age 43 and 44.

Funny enough, Jones’ 91.9 receiving yards per game is the best per-game average in NFL history, according to ESPN, as he also leads the NFL in receiving yards since 2014.