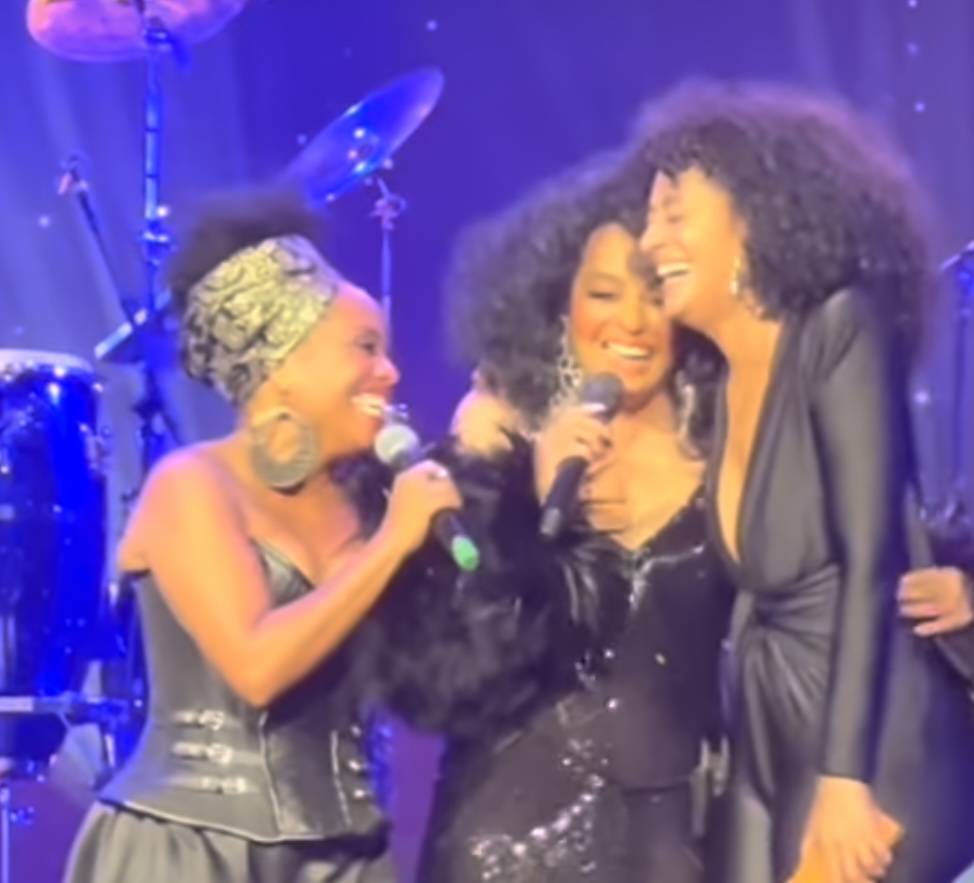 Tracee Ellis Ross nervously joined her mother, Diana Ross, and sister Rhonda Ross on stage at Radio City and showcased her magical vocals while singing the harmony to her mother’s 2021 single “Count On Me,” which was written by her 51-year-old sister.

The actress accompanied the duo and matched their all-black attire as she rocked a black jumpsuit. As her mother sang the lyrics to the song, she quickly asked her younger daughter, “Do you remember the melody now?” The 49-year-old anxiously shook her head seconds before being met with a microphone and singing the chorus, “count on me” with help from her sister.

Audience members cheered after hearing the “black-ish” actress hit the note she was so afraid of achieving. As their performance continued, Tracee Ellis Ross became quite familiar with the microphone as her mother placed it in her direction once again, this time to sing some “ooohs.”

The trio of ladies broke out into laughter after the “Pattern Beauty” hair-care creator fell flat on her note, saying, “I get so scared, I can act silly but the singing scares me.” Those in the audience met the three ladies with a standing ovation as the song came to an end.

Uploading the iconic video to her Instagram page, she admitted to having nerves while being up there as she wrote, “I am a brave person. I do bit scary things all the time. It’s a part of my career I built. But singing and singing on stage with my mom makes my legs go like spaghetti. It’s as if The High Note never happened. I become a 5 year old immediately.”

Ross’ younger brother, Evan Ross, related to his older sister’s post and commented, “I know the feeling, love you sis.”

Although Ross felt like a 5-year-old on stage, many fans felt as if she did a tremendous job singing out to thousands of fans.

“Your voice is beautiful! I often forget you’re the great Diana Ross’ daughter because you seriously made your own path and became you.”

“You sound and look beautiful!”

“Your voice is so…