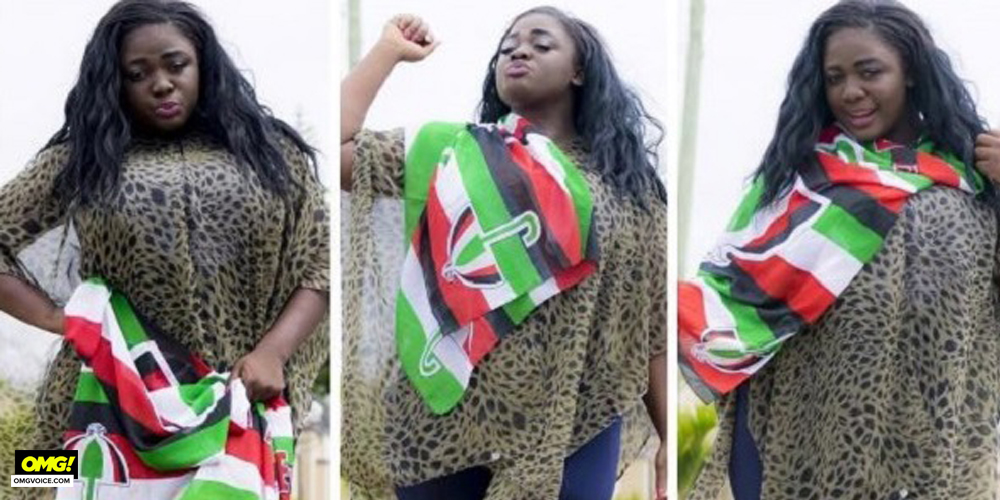 Tracey Boakye has disclosed that she is now a dollar millionaire after starting her business and career with GH300.

According to the Ghanaian actress, she is now a millionaire by the grace of God with help from her ‘Papa No’ as she now has investments across Ghana and in foreign countries like Turkey.

Tracey appeared on UTV’s ATUU show, where she told Abeiku Santana, the host, about how she built her million-dollar empire.

“Now, how much are you worth?”, Tracey was asked and she replied, “I don’t even know because I haven’t sat down to calculate it.”

“Are you a million-dollar or you are a billion-dollar?”, Abeiku quizzed and she said, “Oh, I haven’t reached a billion.” “But you are a million dollars?” she was asked, to which she responded, “By God’s grace.”

The host of the show further asked “so can we say tens of millions, or hundred million?” and the mother of two said, “I will have to calculate. Sum some things up”.

As to how she has become a millionaire according to her claims, she explained that

“even though movie production doesn’t pay, I shoot series. My YouTube following has grown, so I can’t keep it idle. So at least every week, I put in 2 or 3 episodes to keep it busy.”

Before this interview, the actress once went viral for saying that she started her career and business with GH300. In the interview, Tracey insisted that she did it all on her own to become a self-made business mogul but however received assistance from her unknown baby daddy, nicknamed Papa No.

“In every relationship, it’s a give and takes. If I have a house full of money, and my boyfriend gives me money, I will take it. I did some and he (Papa No) supported me. Definitely, someone you have a child with and are dating will help you. But I’m also very forceful. Everyone who knows me knows this,” she said.