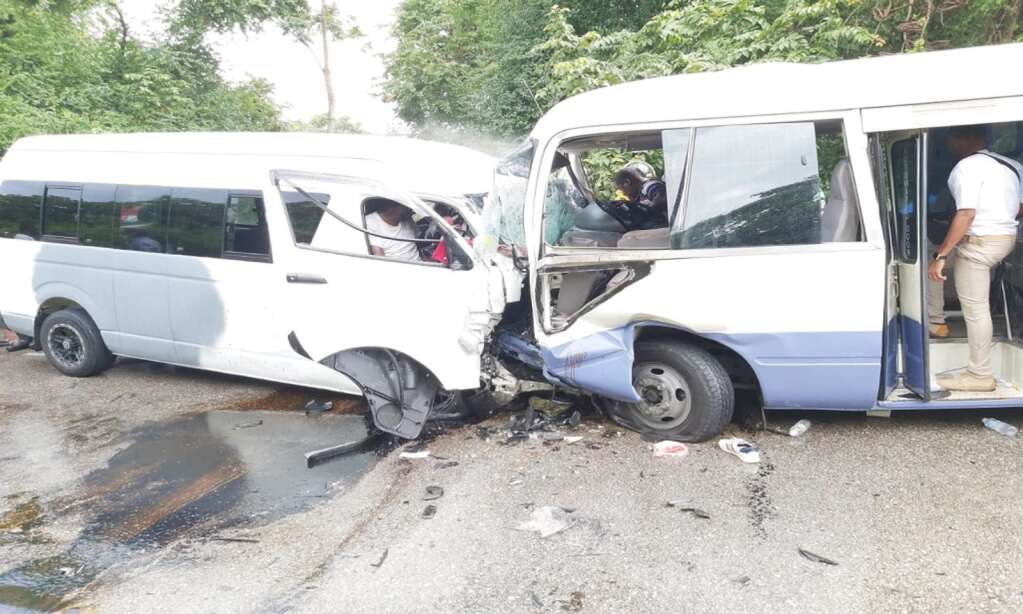 Reportedly, over 20 persons have been hospitalized in serious condition, two died and another three awaiting surgery. The two deceased are said to be the driver of the Toyota Hiace bus, identified to be Kermit Grant and a passenger, 56-year-old Jennifer Palmer.

The injured were transported to the St. Ann’s Bay Hospital for treatment, which was confirmed by Delroy Morgan, Chief Executive Officer (CEO) of the hospital.

According to Loop News, preliminary reports from the police indicate that the accident happened as a result of the Toyota coaster bus driver overtaking a vehicle and then colliding with the Hiace bus that was coming from the opposite direction.

Watch the aftermath of the motor vehicle accident below:

RELATED: Deer Hunter Accidentally Dies From His Shotgun In Portland

RELATED: Rytikal Meets In A Motor Vehicle Accident After Performance