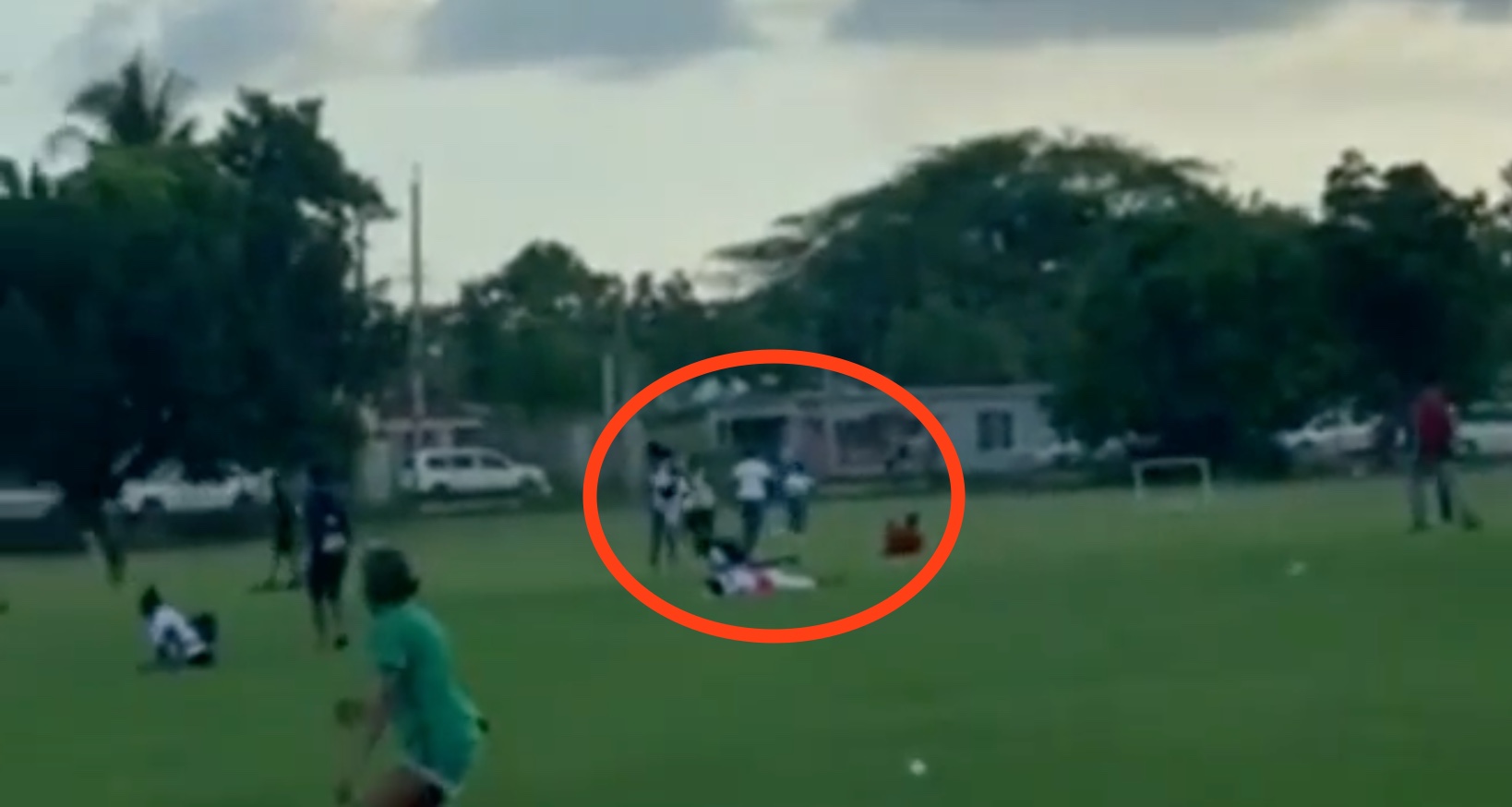 After Sunday’s fatal gun attack during a football match in the community of Spring Village, St. Catherine, the authorities now believe that one of the three victims that were attacked was targeted because of missing weapons.

Fitz Bailey, the Deputy Commissioner of Police (DCP) in charge of the Crime and Security Portfolio, disclosed to the press that one of the deceased men, known as ‘Squire’, is believed to have been the target and was killed because of illegal weapons that went missing.

According to reports from the Jamaica Observer, shortly after 5 pm yesterday, a white Toyota Mark X and a white Nissan Tiida drove up, an armed man emerged from one of the cars, and opened fire on spectators as a game of football was being played at the community field.

The man injured six attendees and mortally wounded three, a woman, Squire, and another man.

The assailant was reportedly challenged by a licensed firearm holder but escaped.

View footage from the crime scene below:

Watch a short clip from the moment the attack took place below:

RELATED: 16YO Girl Charged With The Murder Of Her Brother In Clarendon