BREAKING NEWS
GMT-4 08:04
Home Politics Trump And Steve Bannon Are Trying To Pull An Executive Privilege Con On The 1/6 Committee 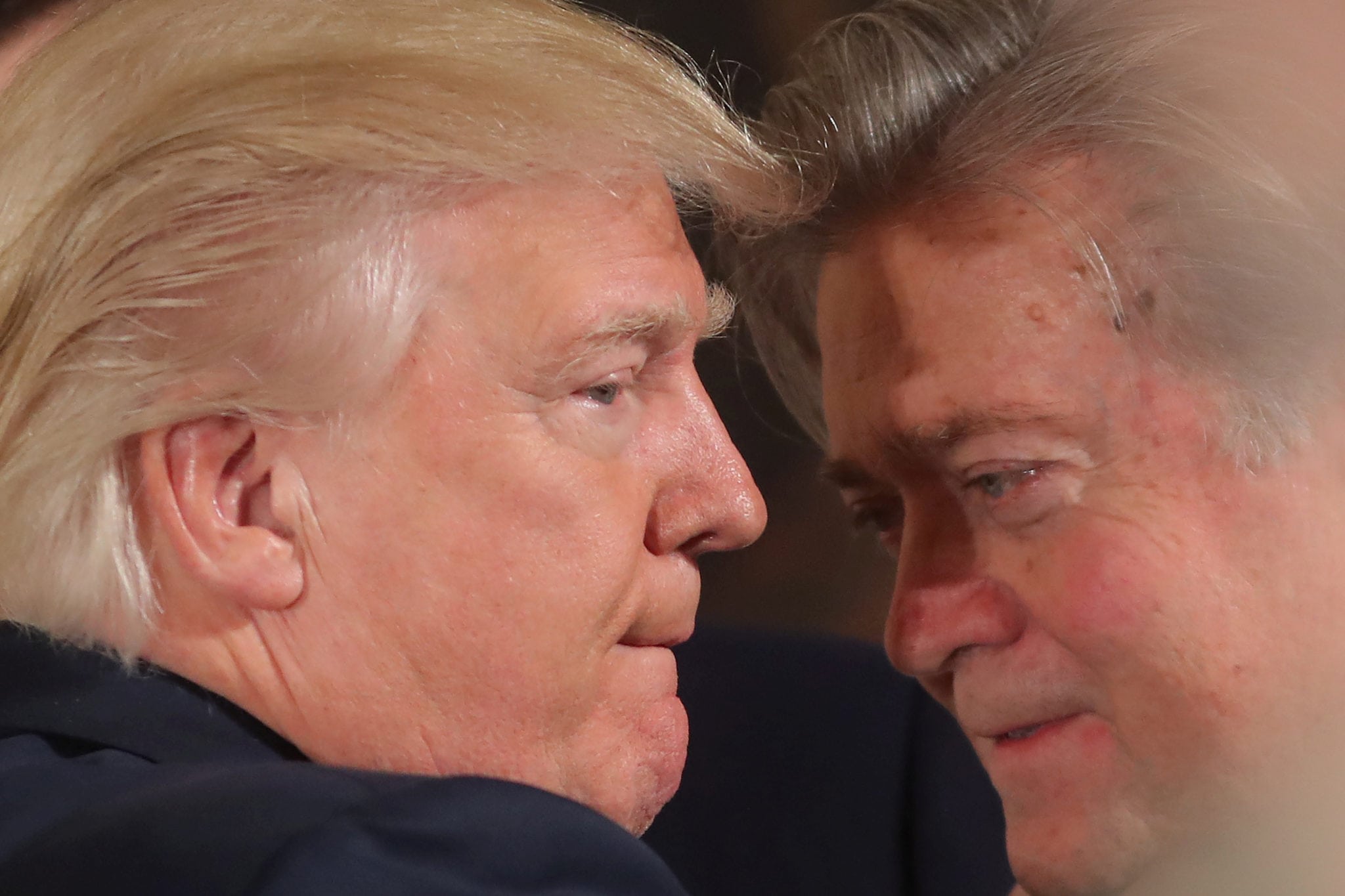 Trump is considering signing a letter that would waive his executive privilege blocking Steve Bannon from testifying before the 1/6 Committee, but that privilege doesn’t exist.

Former President Donald Trump is considering sending a letter to Stephen K. Bannon saying that he is waiving his claim of executive privilege, potentially clearing the way for his former chief strategist to testify before the House select committee investigating the pro-Trump riot at the Capitol.

The letter would reiterate that Trump invoked executive privilege in September 2021, when Bannon was first subpoenaed by the House committee. But it would say that the former president is now willing to give up that claim — which has been disputed — if Bannon can reach an agreement on the terms of an appearance before the panel. The letter was described by three people familiar with it, who spoke on the condition of anonymity because of the matter’s sensitivity.

Joyce Vance called out the con that Trump is trying to pull on the Committee:

This is silly & probably an effort to establish a legitimate executive privilege claim for Bannon at the time he refused to testify. But he’d been out of gov’t for years & in any event, the privilege doesn’t serve as a shield for criminal conduct. https://t.co/2ksXluhXvz

Trump and Bannon are getting desperate, so they are trying absurd stunts to shield guilty parties from potential liability.

The Committee should laugh at this pathetic con, and reject Trump’s letter as it lacks standing and legal merit.

The ruse from Trump and Bannon won’t work, as the Committee isn’t going to fall for dumb games to protect Trump and his cso-conspirators.

Mr. Easley is the managing editor. He is also a White…