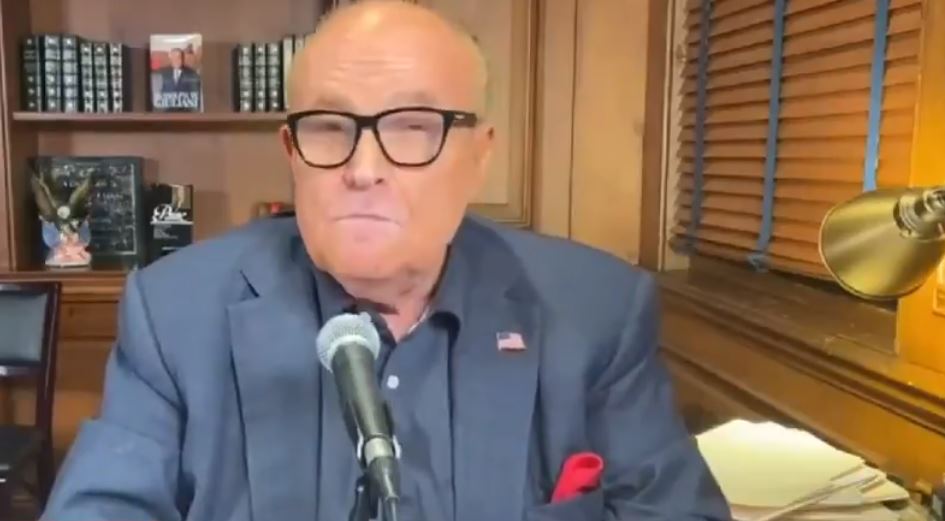 Trump is claiming that the left gave Rudy Giuliani a heart problem and not the federal criminal investigations or his reported drinking habit.

Trump tonight says Rudy is in the hospital right now with a heart problem because of what the Left has put him through. pic.twitter.com/n1kCXt5Y30

Trump called Giuliani a great mayor and announced that he was in the hospital right now, recovering from a big heart problem because of what “they” put him through.

If by they, Donald Trump was referring to himself, his sentence would be accurate. Trump and Giuliani have been engaged in a crime spree against democracy that dates back to election night 2020. Giuliani is the person who advised Trump to declare victory on election night and say that the election was stolen. Giuliani worked with John Eastman on the plot to overturn the election. Giuliani pressured state election officials to throw out the results, and it was Rudy Giuliani who mentioned Proud Boys and Oathkeepers in the White House before the 1/6 attack.

There have been numerous witness accounts of Rudy Giuliani’s reported issues with alcohol.

Trump wants people to believe that it wasn’t the drinking or crime that landed Rudy Giuliani in the hospital, it was the left, which is another Trumpian twisted tale.