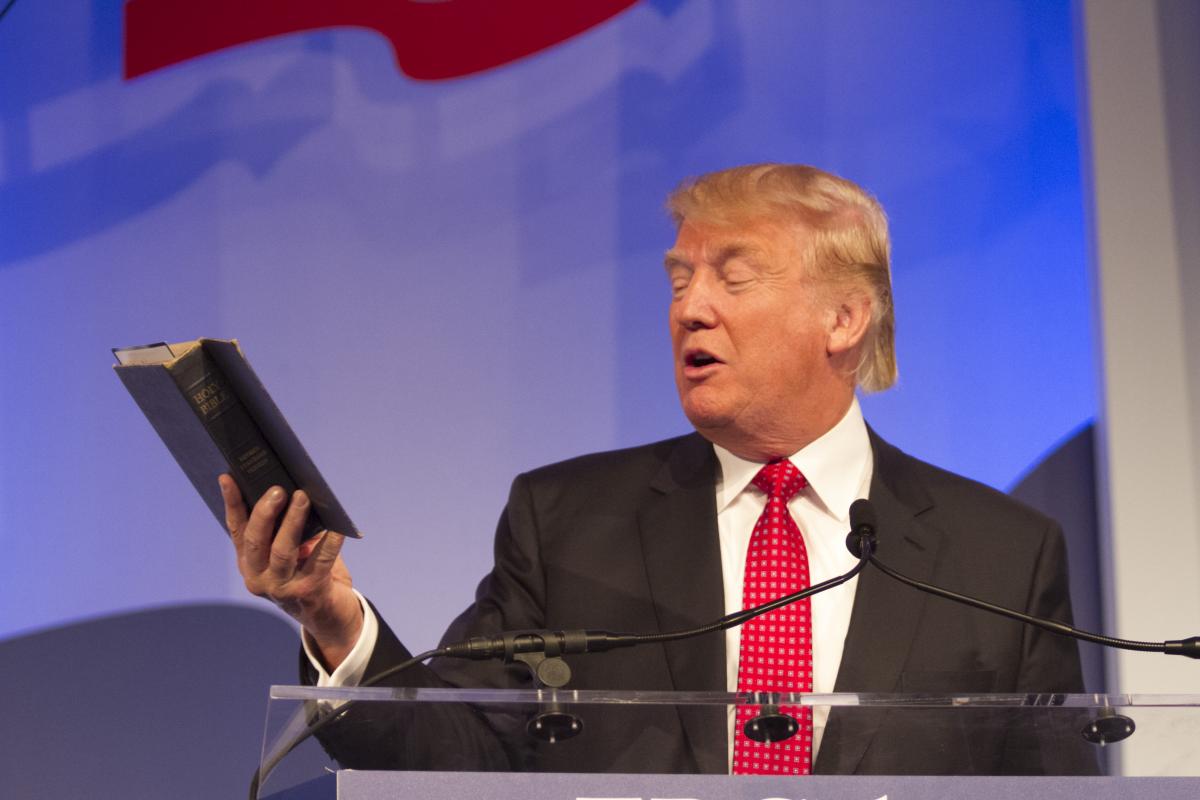 Trump Declares Himself Second Only To Jesus

Donald Trump is one of the few people on earth narcissistic enough and arrogant enough (redundant?) to be comfortable with declarations that he’s close to a deity, if not fully worthy of worship. Not only is Trump “comfortable” with such memes, but Trump also wants more people to see them. It isn’t enough to enjoy such comparisons. He has to share them with as many people as possible, as he did this week.

Former President Donald Trump shared a post on his Truth Social account on Friday, declaring him as “second” only to Jesus. The post by Truth Social user @austinnegrete said: “Jesus is the Greatest. President @realDonaldTrump is the second greatest.”

It accompanied an image of a painting of Jesus by artist Dan Wilson. Trump “ReTruthed,” or reposted, the Jesus comparison to his 4.1 million Truth Social followers.

He’s made his own comparisons in the past:

Trump has made these grand proclamations himself. In August 2019, Trump told reporters in reference to trade with China: “I am the chosen one.” He also shared tweets describing him as the “King of Israel” and “the second coming of God.”

How many times in your life have you told a group of people, “I am the chosen one”? Not a single person reading this. How many have ever considered any human being as the second coming of God? Never mind yourself. No one.

Disturbing but very typical. This is a guy who is reportedly ready to burn the country to the ground if charged. In and of itself, that report serves as evidence that he believes he is on a higher plain:

Out of all the QAnon memes Trump posted last night, this might be the craziest. pic.twitter.com/jcdIrZRIJ2

Trump is really stepping his QAnon outreach — last night he posted a video filled with overt QAnon memes on TruthSocial. pic.twitter.com/YIG2wFGyMY