BREAKING NEWS
GMT-4 03:06
Home Politics Trump Knew His Claims Weren’t Credible Even As He Pressured DOJ to Act on Them 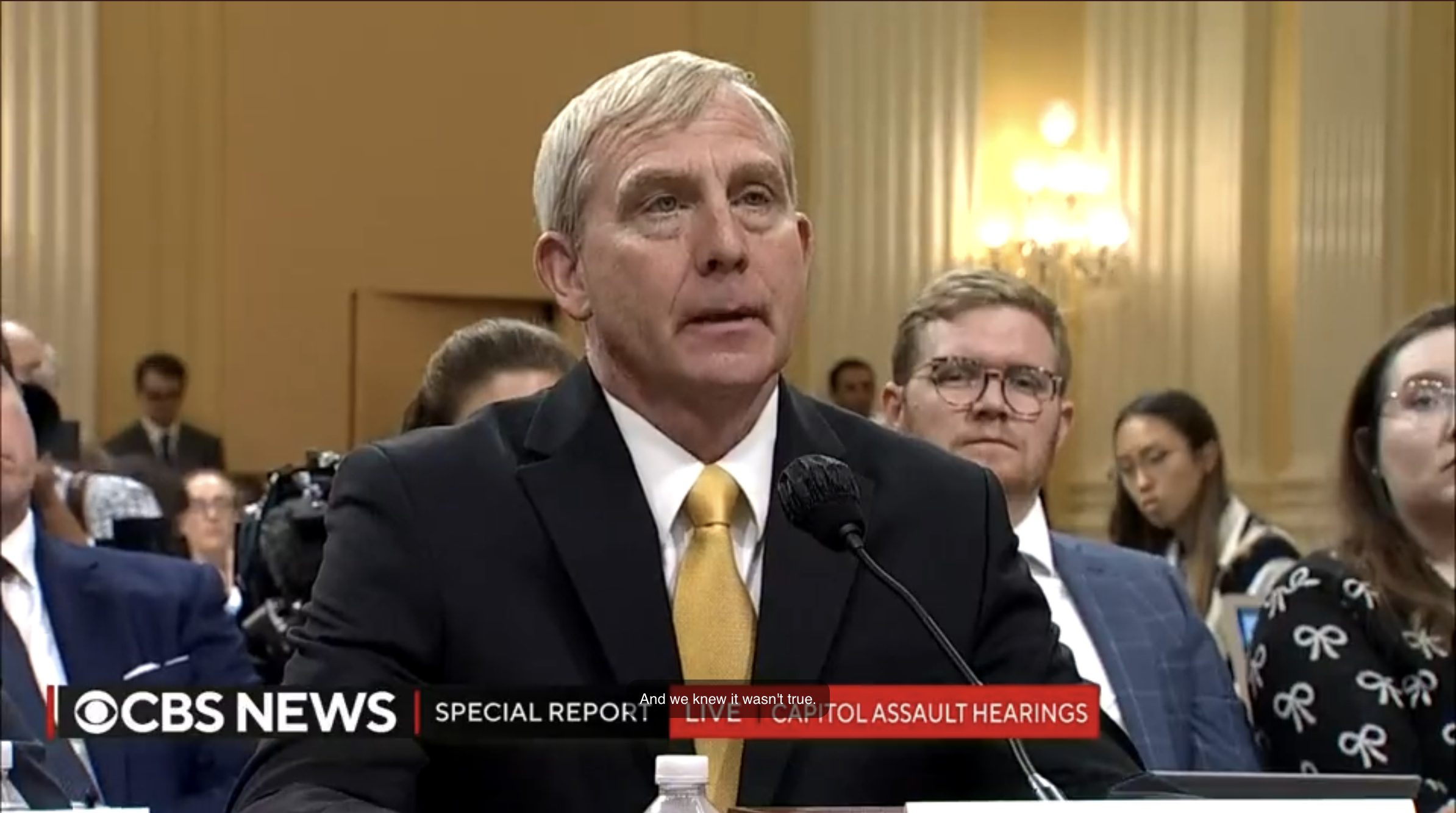 Former deputy acting attorney general Richard Donoghue testified that none of Trump’s election fraud claims were credible and Trump still wanted members of the DOJ to say the election was corrupt.

Here’s Donoghue testifying based in part on notes he took during a December 2020 meeting with Donald Trump:

Q: Were any of the allegations he brought up found credible? Did you find any of them credible?

“Just say the election is corrupt and leave the rest to me and Republican congressmen,” Donoghue testified that Trump told them.

Donoghue testified that he rebutted an “arsenal” of Trump’s false allegations. He said he tried to explain to Trump that the DOJ represents the U.S. government and isn’t in charge of elections.

“States run their elections. We are not quality control for the states,” he tried to explain to Trump.

Donoghue’s recollections of telling Trump his claims had no merit are similar to those of Bill Barr’s (of “bullsh*t” infamy) earlier testimony.

On Tuesday, various election officials testified to their efforts to investigate Trump’s specious claims and coming up empty as well.

On June 16th, the then Vice President’s general counsel Greg Jacob testified that Eastman admitted in front of Trump on January 4th that the scheme to overthrow the election was illegal.

“Did John Eastman ever admit in front of the President that his proposal would violate the Electoral Count Act?”

“I believe he did on the fourth.”

This is more evidence that Trump knew his scheme was illegal. This point might not even matter legally in order to prosecute Trump and or his mafia sidekicks, but it is important because it means Trump lied to people when he incited them to go to the Capitol on January 6th, and he lied in the commission of other possible crimes like his fundraising off of this lie for legal help that he didn’t actually spend on legal help (as was evident to anyone who…