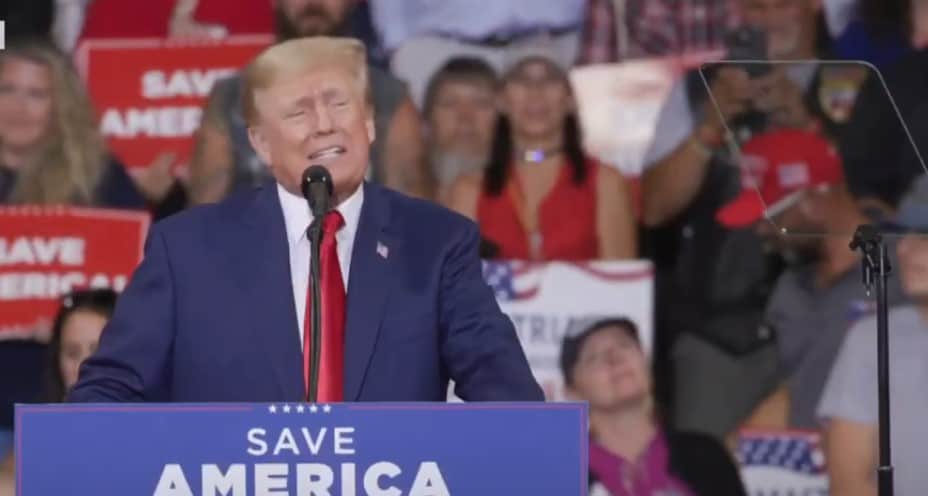 Trump Publicly Admits That He Had Classified Docs At PA Rally

Trump publicly admitted that he had classified documents by arguing that the FBI moved the documents to take a photo.

Yet now the same people the exact same people. Are sending the FBI storming through the home of their number one political rival. It’s a disgrace. Disgrace like possibly never before countries never seen anything like it. They talk about documents not being properly stored. Yet they go in and take documents dumped them on the floor. Stage a photo shoot. And pretend that I had done it like I had put them all over the floor. They took that back. After a lot of prodding.

Then they put out for public consumption a picture. Which is seen all over the world. This is what they do.

The former president continues to make it easy for the Justice Department to indict him.