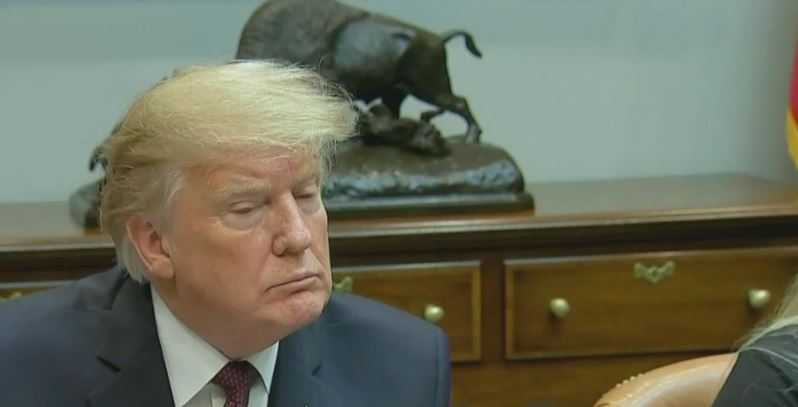 Trump Responds To Biden’s Speech By Ranting About Dementia

Gentle Joe Biden, a friend to good people everywhere, is always at his best when forcefully defending someone or something he loves. Last night, Biden spoke out to protect the country that we inherited. He spoke out in fear, but did so fearlessly, saying that unless we make serious changes, the country we hand our kids will be less free, weaker, less generous, and for lack of a better term, less “American.” Biden directly attacked the MAGA movement as fascist and a threat to the nation as we know it. It was as sober as it was mature. It was also needed.

Donald Trump’s response was as useless as it was childish:

Someone should explain to Joe Biden, slowly but passionately, that MAGA means, as powerfully as mere words can get, MAKE AMERICA GREAT AGAIN! If he doesn’t want to Make America Great Again, which through words, action, and thought, he doesn’t, then he certainly should not be representing the United States of America!

If you look at the words and meaning of the awkward and angry Biden speech tonight, he threatened America, including with the possible use of military force. He must be insane, or suffering from late stage dementia!

The “late stage dementia” is quintessential Donald Trump. But Trump did say something plausible and important. President Biden is ready to defend this country with military force if needed. If the Justice Department brings criminal charges against Trump and, in response, the ragged edges of the MAGA movement erupt with violence, then – yes, the President will use military force to keep the peace. Trump should understand. After all, Trump himself threatened to use the military to put down protests in 2020. Obviously, Trump welcomes violence on his behalf.

Regardless. Biden delivered a passionate speech in defense of one of his great loves, the United States. It wasn’t a political speech. He likely regretted having to deliver it and it was as mature as it was needed.

The response? Well, the response was typically juvenile and unserious. The threat, however, is serious.

@JasonMiciak believes a day without learning is a day not lived. He is a…