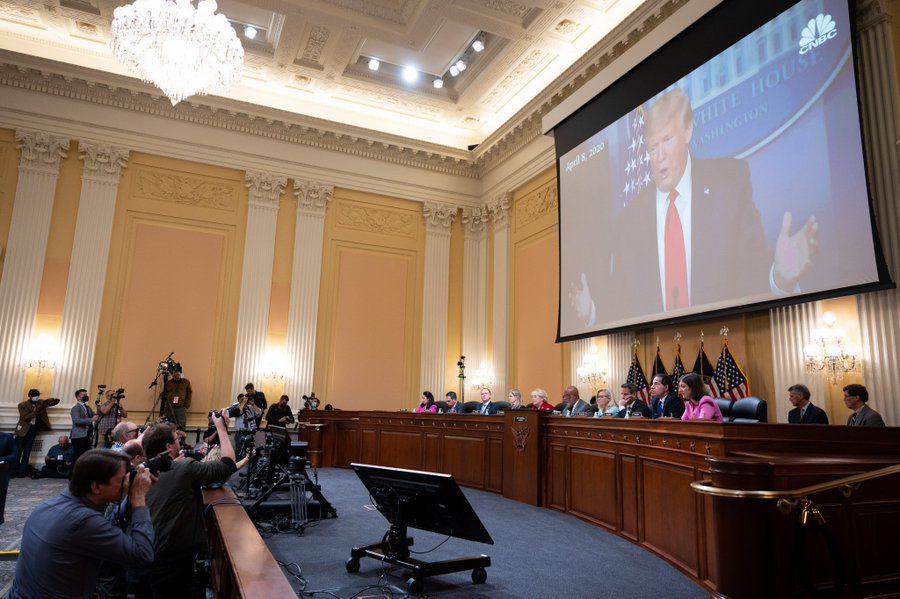 The 1/6 Committee investigation will not end after this week’s hearing and may not end until the new House is seated in January.

As its summer hearings show some signs of chipping at Donald Trump’s electoral appeal, select panel members describe Thursday’s hearing as only the last in a series. Committee members, aides and allies are emboldened by the public reaction to the information they’re unearthing about the former president’s actions and say their full sprint will continue, even past November.

The only hard deadline, they say, is Jan. 3, 2023, when Republicans likely take over the House.

The Committee has changed course on its timeline. There could be new hearings, and more witnesses continue to come forward.

The questions raised by the Secret Service’s destruction of evidence deserve more investigation. The Committee doesn’t appear to have scratched the surface of the role of Republican members of the House in the attempted coup, and there is still more evidence to be revealed in the ongoing DOJ and state criminal investigations into the fake elector plot.

However, the Committee will not end the investigation and Trump’s nightmare anytime soon.