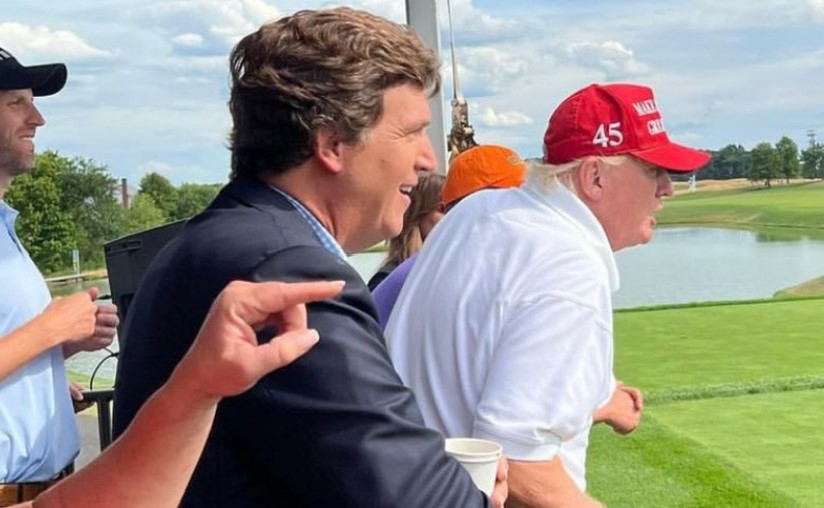 Here is Tucker enjoying a bit of blood money golf:

Tucker Carlson would, of course, show up at a golf tournament paid for by the Saudis at Donald Trump’s club. That is an anti-democracy home run and an irresistible event for Carlson, who has never met an authoritarian that couldn’t swoon over.

The golf tournament has been protested and heavily criticized by 9/11 families as it has taken place miles from ground zero, but Trump has only cared about using 9/11 to promote himself, as he falsely claimed to ESPN that America still hasn’t gotten to the bottom of the attack.

It never ceases to amaze how Trump’s memory suddenly gets hazy after he gets a check with his name on it.

Tucker Carlson is the anti-democracy propagandist in chief. Unlike Sean Hannity and other Fox News Trump cheerleaders, Carlson views himself as a voice of right-wing populism, but that self-described populist voice is also an enemy of democracy.