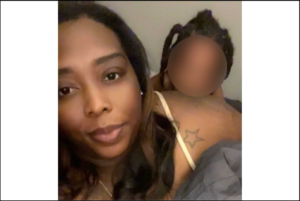 Two women who worked at Clarkston First Baptist Academy, a church daycare in Georgia, are now facing charges of child abuse after they were caught on video abusing a 3-year-old child, according to The New York Post.

The toddler’s mother, Krystin Collier, viewed the video of the two workers banging her son against a floor mat, pulling him up by his hair, and continually hitting and punching the child, People reports.

Collier was interviewed by several local news stations and said that her son has visible bruises and was upset when his grandmother came to the daycare to retrieve him on July 6, The New York Post reports.

“This day, he was very, very emotional, standoffish. He was missing a shoe; he was very disheveled,” Collier said, per CBS46 News.

After watching the video, Collier immediately removed her son from the daycare and alerted the police.

On Friday, the Clarkston Police Department issued arrest warrants for Bernetta Glover and Autumn Coney on charges of cruelty to children in the first degree, according to The New York Post.

“I’m very disgusted, very disappointed, because this is a church daycare,” Collier told WSB-TV. “I trusted these people with my child.”

Coney turned herself in to authorities the same day as the incident and was bailed out of jail on Tuesday, based on jail records, People reports.

It is unknown whether Coney has hired a legal representative or entered a plea regarding the charges.

The Clarkston First Baptist Academy Daycare has not issued a public statement, according to People.