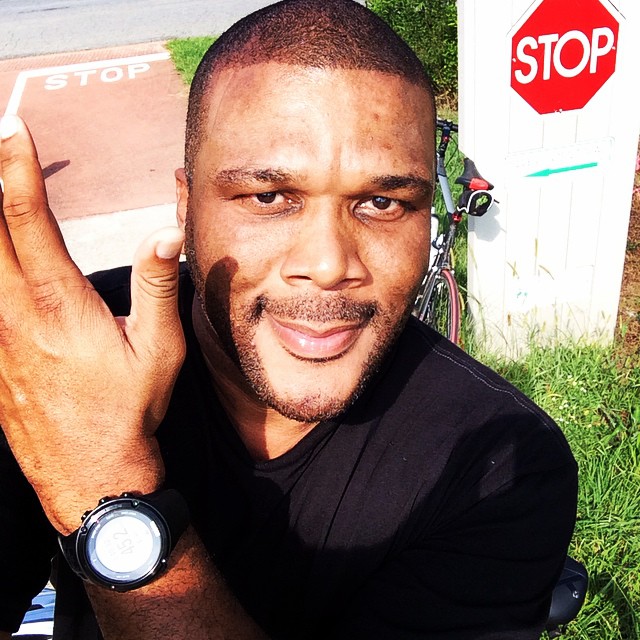 Tyle Perry is holding off on discussing the difficult topic of race with his only son Aman Tyler Perry.

In a recent interview for AARP, the “Gone Girl” actor was asked: “How do you protect your child? What do you teach your child about becoming a man?” The 52-year-old admitted, “I haven’t had the conversation with Aman because he’s only 7, and I want to hold out as long as I can.”

He continued, “I don’t want to tell him that there are people who will judge him because of the color of his skin, because right now he’s in a school with every race, and all these kids are in their purest form.”

Perry firmly believes in preserving his son’s innocence, telling the outlet, “When he describes his friends, he never defines them by race. So, the moment he loses that innocence is going to be a very, very sad day for me.”

Still, in the day and age of social media and the ability to share thoughts in a matter of seconds, Perry knows the day will soon come when he’ll have to have that conversation so many Black parents have with their little ones.

“I know it’s coming, though, because he’s already asking some really tough questions,” the director acknowledged before sharing what he would like to see come of it, noting that “what I want him to be, more than anything, is somebody who sees injustice, speaks out against it and effects change.”

The New Orleans native rarely appears publicly with his child, and he seldom talks about him in interviews. When asked why Perry explained that “these people are not famous.” He continued, “My son’s not famous. I want him to have as normal a life as he can. I want him to know what it’s like to have his own name and his own life and not have the pressure of trying to live up to whatever or whoever your father was.”

During his February appearance on “The Ellen DeGeneres Show,” the “Why Did I Get Married” star and director spoke about his son Aman and his hilarious reactions to learning that his dad was famous. “I asked him, ‘Do you know what famous is?’…