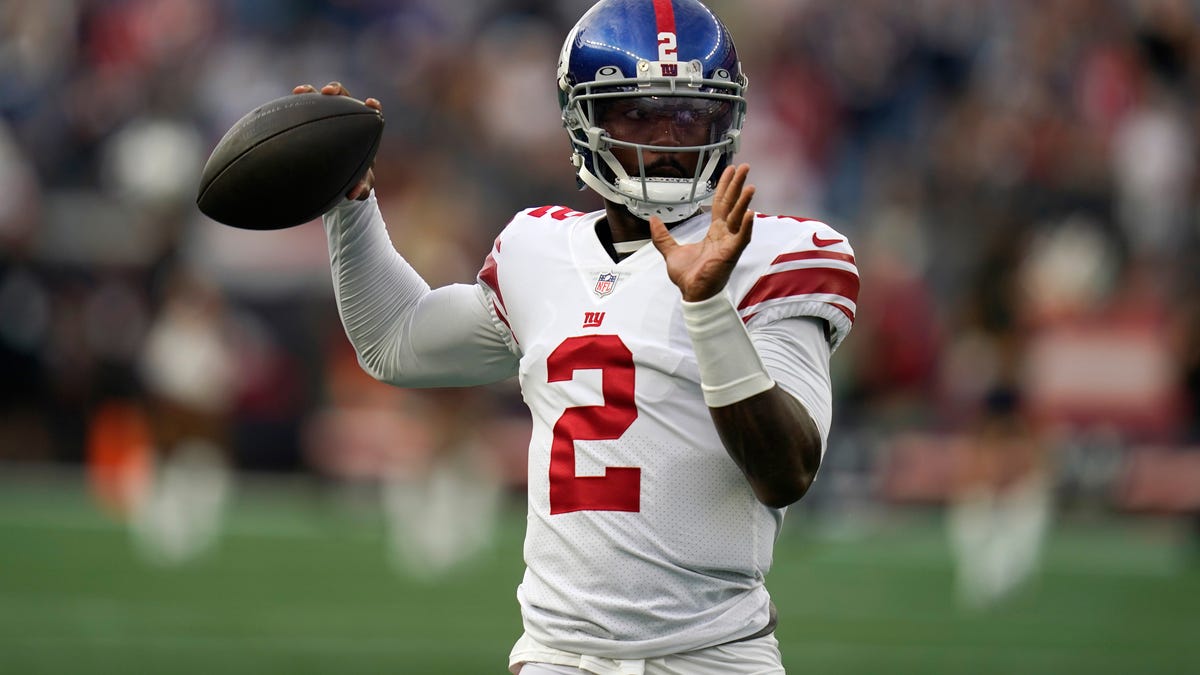 Tyrod Taylor should start for Giants over Daniel Jones

It’s important not to succumb to too many overreactions in the preseason, especially during opening week. Teams are just starting to figure things out, and starters are coming in and out of games like they’re playing hockey. I try to not get too caught up in making predictions based on a few preseason games.

But that doesn’t mean I can’t make one: Daniel Jones’ time as the starting quarterback of the New York Giants will come to an end sooner rather than later. I don’t think he’ll have the job come Week 7 at the latest.

Jones has had a rocky first three years in the league since being drafted sixth overall in the 2019 draft. He burst onto the scene in 2019 with 26 total touchdowns, 12 interceptions, and over 3,000 passing yards in relief of Eli Manning. Since then, however, he hasn’t surpassed 3,000 yards in a season, and has thrown a combined 21 touchdowns and 17 interceptions. He has a career 12-25 record as a starter.

In March, the Giants signed 11-year vet Tyrod Taylor to a two-year, $11 million contract to shore up their backup quarterback position.

Jones hasn’t played a full season thus far in his career, and their midseason relievers haven’t exactly been great.

Taylor, on the other hand, has been very sharp in his sporadic starts over the course of his career. And he’s especially adept at holding onto the football — something that has plagued Jones in his first three seasons.