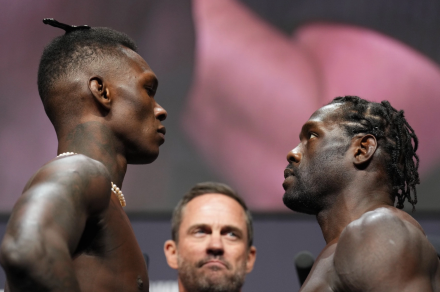 Any minute now, the fight for two championship titles will begin at UFC 276, with Israel Adesanya defending his UFC Middleweight Champion title against Jared Connonier, and Alexander Volkanovski will be defending his UFC Featherweight Champion title against former champion Max Holloway for the third time, after Sean O’Malley takes on Pedro Munhoz. Here’s how to watch the UFC 276 live stream from the comfort of your living room.

We’re halfway through 2022, and UFC 276 marks the MMA league’s seventh numbered event of the year. The UFC typically hosts one of these numbered shows per month, and with rare exceptions, these are pay-per-view events that air exclusively through ESPN+ in the U.S. This is the sports broadcaster’s premium streaming app and is the best way to watch UFC fights online; as of now, ESPN+ is also the only way to watch UFC PPV exhibitions like this one. After you sign up, you can install the ESPN+ app on most smart TVs, streaming sticks, mobile devices, and Xbox or PlayStation consoles, or you can stream UFC 276 right in your PC’s web browser.

UFC 276 is a great event to mark the halfway point of 2022, as the main card features not one but two championship matchups. For the main event, UFC Middleweight Champion Israel Adesanya will be defending his title for the fifth time. His opponent is first-time title challenger Jared Cannonier. For the co-main, featherweight champion Alexander Volkanovski is facing former champ Max Holloway in a trilogy bout. Volkanovski stripped Holloway of the title in 2019, then defended it in their rematch the following year. Now, Holloway is vying to reclaim his belt after earning another shot at the championship. The UFC 276 fight card features some other notable talent as well, with fan favorites like Donald “Cowboy” Cerrone, Sean O’Malley, and Robbie Lawler doing their ring-walks shortly as well.