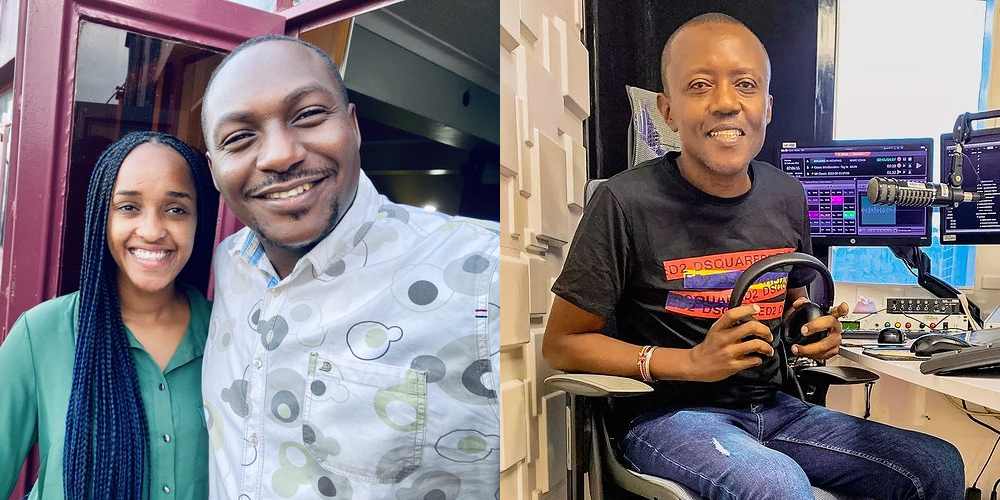 Ugandan Journalist Roasted By Netizens After Comparing Herself To Maina Kageni

Posted By: adminon: May 14, 2022In: Black GlobalNo Comments
Print Email

Kenyans have gone ham on a Ugandan female radio host after she compared herself to Kenya’s finest Maina Kageni.

Below are some of the reactions and comments by KOT.

In Kenya, the closest you would come to a radio job would be hawking the radios…not comparing yourself to Maina

nothing sadder than making a meme out of yourself and it doesn’t get the traction you thought it would don’t play with Maina like this again.

Are you aware the Kenyan guy’s voice is under some insurance cover worth 100million$ I guess that’s half of your country’s county or province budget?

Uganda has radio??? I thought y’all beat drums. Anyway, why are you comparing @ItsMainaKageni to smoke signal regulators??? Respect yourself and have more mwogo.

All your radio hosts combined can’t even come close to this legend. Sit this one out, madam.

Maina Kageni’s salary if converted to UGX is equivalent to your Country’s GDP so hashhhhhh on this madam.

Maina can fund your lifestyle for over 100 plus years, buy your radio station Wait is that thing a radio station?looks like a shop.

This is a building where your radio offices are set up? Damn I’d rather host you in my bedsitter

Days ago Netizens were at war after they questioned why Rihanna had chosen Kenyan to be among the countries where she will be launching her beauty products.

A Ugandan tweeted saying Kenya was so backwards adding that we don’t even have electricity.

Kenyan came out in large numbers to defend +254 and like always we won.