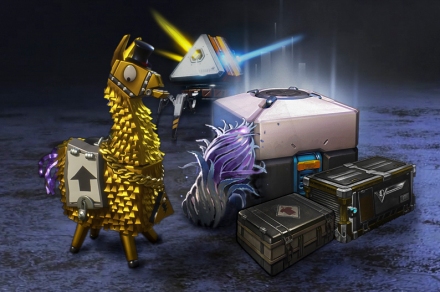 The U.K.’s Department of Digital, Culture, Media, and Sport (DCMS) has announced that it will not enact any laws regarding loot boxes, which are common in mobile games and some console games. Instead, it’s calling on the video game industry to regulate loot boxes themselves after releasing its report containing the results of its investigation into the predatory gaming element on Sunday.

Two years ago, the DCMS launched a call for evidence into the effects loot boxes may cause on children and teens, as well as their impact on mental health, finances, and online gambling. The investigation elicited 32,000 responses to a player survey and 50 submissions from game companies, researchers and third-party organizations, as well as an independent rapid evidence assessment by the Innovation for Games and Media Enterprise (InGame), which was commissioned by the DCMS.

However, even though the report found a link between the loot boxes and harm, it couldn’t find a causative link. Because correlation does not equal causation, the report stated that further research is needed in order to determine “which implementations of loot boxes and broader monetization strategies may be particularly problematic.”

Even so, the U.K. government shared the sentiment that children and teens shouldn’t purchase loot boxes without their parents’ permission and that the games industry should work to make them unavailable to players in that age group unless a parent approves them. Some game companies have already taken measures to implement policies that prevent players under 18 from making unauthorized purchases of loot boxes and other transactions in their games. For example, Pokemon Cafe Mix reminds kids to get their parents’ permission to buy power-ups every time they boot up the game. The ESRB…