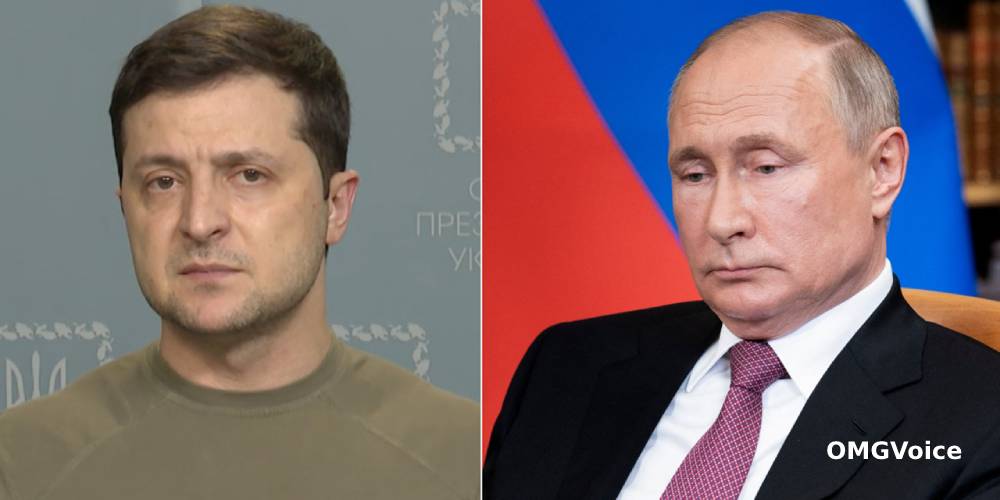 Ukraine’s President Zelensky Says If Russia Wins The War, It Will Lead To World War III

President Volodymyr Zelensky has called for Africa’s support for Ukraine against the Russian invasion.

True to his words, President Zelenskyy, who donned his characteristic, simple but iconic short-sleeved military olive green T-shirt, spoke openly and passionately as he responded to questions asked about the Russian invasion of Ukraine and its global implications.

Answering questions on the possibility of having a negotiated peace between Russia and Ukraine, President Zelenskyy narrated how he even went out of his way to prevent the war from happening.

The Ukrainian leader said he talked to world leaders, from Europe to America, Australia and Africa, in a bid to have direct negotiations with Vladimir Putin, president of Russia, but all to no avail as Moscow was not ready to give peace a chance.

“They (Russia) don’t offer us dialogue. They demand that we give up and accept their terms – forget that we have our own land, our own flag, our history. They just want to erase us,” he said.

Contrary to its media propaganda, the president said Moscow gave no room for dialogue or peace talks.

“You have to understand that there is no dialogue; there is no peace talk. There is an ultimatum from them to us. “An ultimatum that says, “If you don’t do what we want, we’ll keep killing you”.

“With guns in their hands, they say, “We are ready to talk to you”. They tie our hands and cut our tongues off and then say, “Let’s talk”. “This is not a dialogue, this is not a conversation. This is a terrorist who feels his strength and feels no mercy for human life,” Mr Zelenskyy said as he recalled the events leading to the full-scale invasion, which started on Thursday, February 24.

“Parts of our country had already already been occupied – Crimea and [some areas in] Donbas. But now they invaded to occupy us entirely, to kill us all here in the capital. They’ve murdered, they’ve tortured our people, burned our people, cut their limbs off. What do you expect me to do after this? Give them another call?”