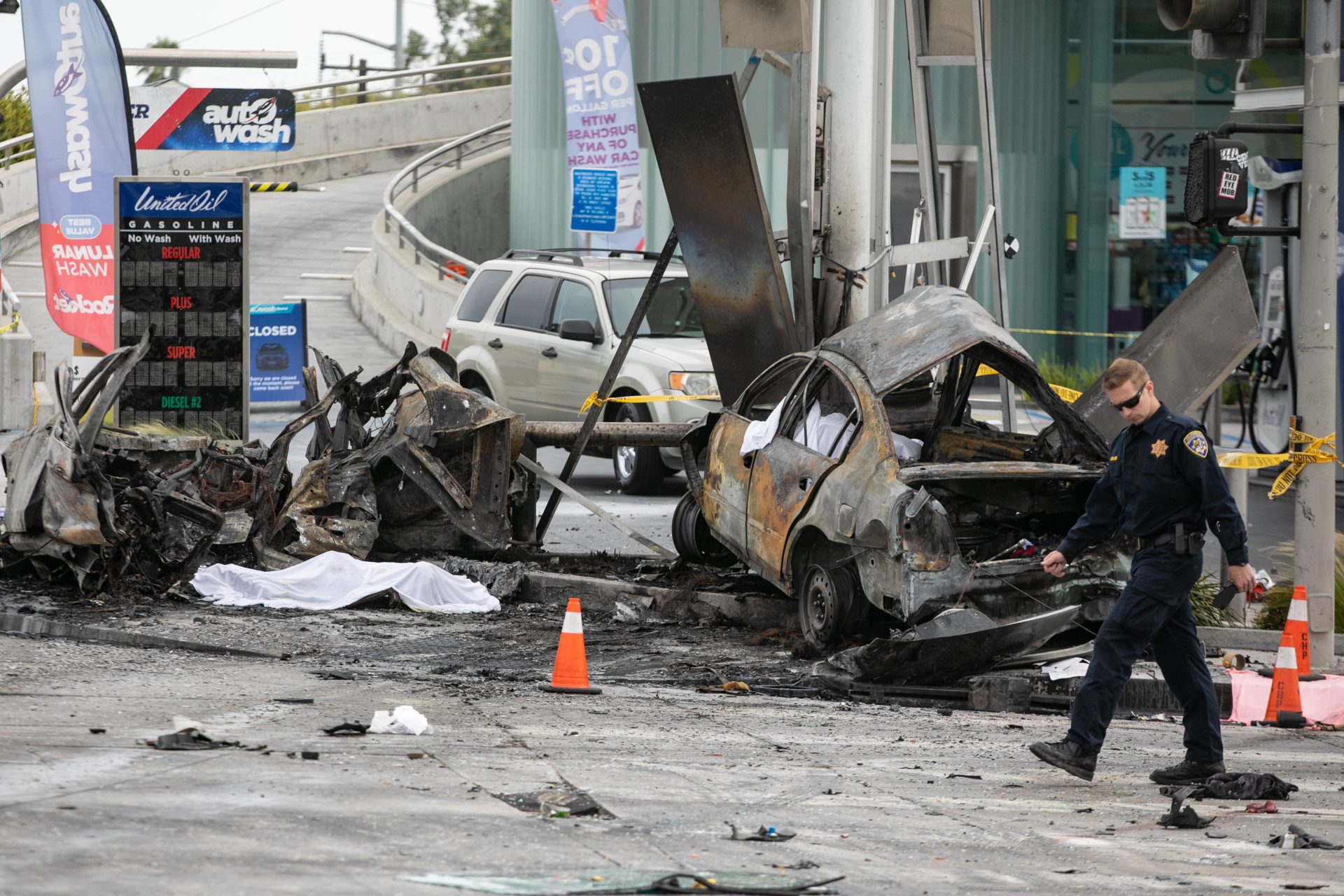 According to LA Times, Nicole Linton, the woman responsible for a deadly LA crash that killed six people last month, was speeding at 130mph at the time of the Windsor Hills Crash.

Initially, authorities believed that Howard alum was traveling at a rate of 90mph.

Further analysis reveals that her speed at impact was in fact 130 mph and that she floored the gas pedal for at least the 5 seconds leading into the crash, going from 122 mph to 130 mph,” the filing read.

The documents also state that the 37-year-old had “complete control over steering, maintaining the tilt of the steering wheel to keep her car traveling directly toward the crowded intersection.” The filing also stated that the new findings disproves the argument that she was “unconscious or incapacitated.”

In the days and hours leading up to the events of August 4, Nicole’s behavior became increasingly frightening.

Linton FaceTimed her sister while naked on her lunch break and caused the deadly crash at 1:30 pm on the way back to the hospital.

Linton’s sisters Camille and Kim spoke to one another just four minutes before the Windsor crash and believed the accused was having “another manic episode.”

Los Angeles Times reports that the 37-year-old was diagnosed with bipolar disorder. In 2018, she suffered a mental breakdown and was placed in a psychiatric facility a year later.

Her family stated she stopped taking her medication during the pandemic, “which her family said in court filings caused her mental health to deteriorate further,” Houston Chronicles reports.