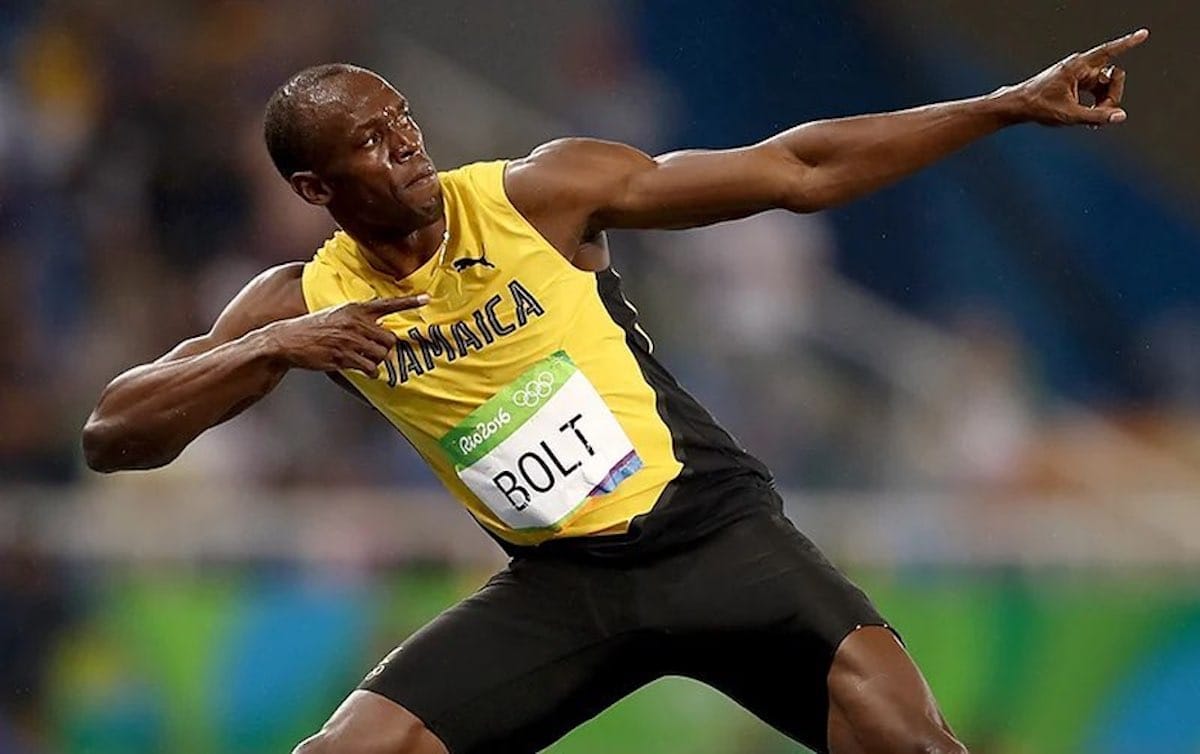 Retired Jamaican sprinter turned music producer, Usain St. Leo Bolt, has filed an application in the US Patent and Trademark Office to legally own the famous “To Di World” pose that has been used as a symbol to represent his outstanding achievements in track and field.

Bolt’s trademark application which was reportedly filed on August 17 states, “The mark consists of the silhouette of a man in a distinctive pose, with one arm bent and pointing to the head, and the other arm raised and pointing upward”.

Based on the details surrounding the application, it indicates that Bolt plans to use the logo on products such as eyeglasses, sunglasses, jewellery, purses, carrying bags, travelling bags, umbrellas, walking sticks, clothing, and sporting goods, restaurants, and sports bars.

Josh Gerben, a Washington DC-based trademark lawyer told BBC News that the sprint legend’s victory pose is known worldwide, therefore, it would be wise for him to capitalize on such. He explained that the trademark registration would allow Bolt to offer the items listed in the application himself, or license the right to use the trademark to third parties.