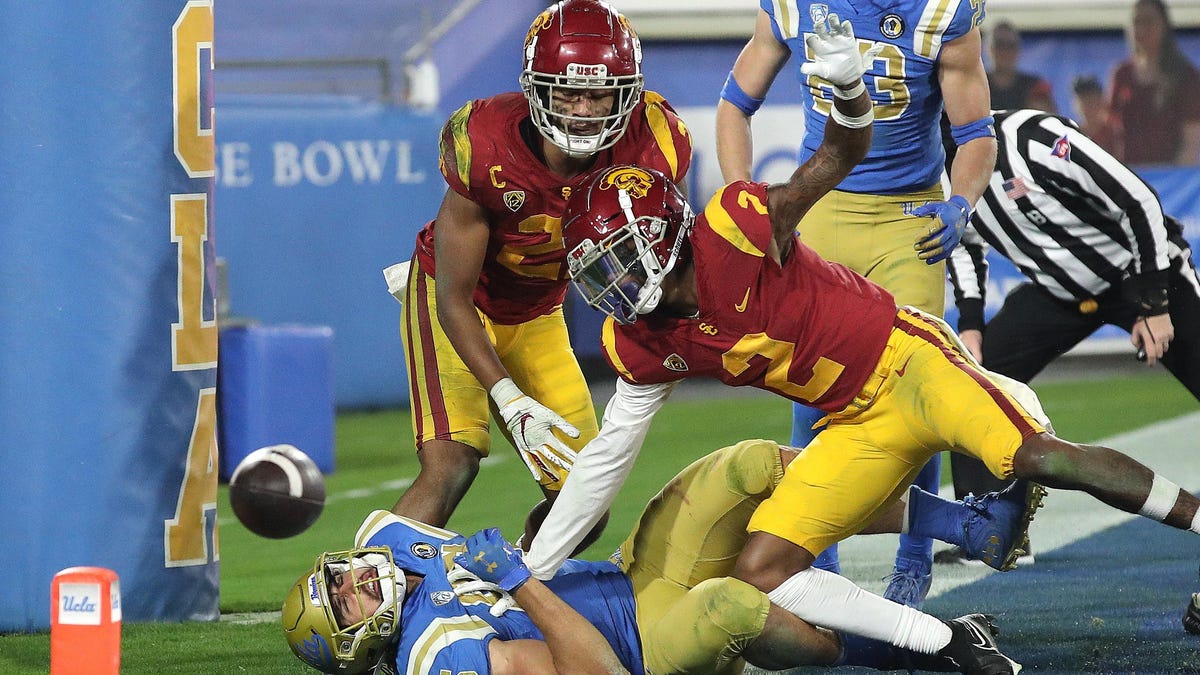 USC and UCLA are reportedly set to join the Big Ten.Image: Getty Images

Here’s the end of regional conferences as we know it. USC and UCLA, two staples of the West Coast-heavy Pac-12 Conference, are reportedly leaving for the Big Ten Conference. The move was first reported Thursday afternoon, signaling an even-greater power shift from the Power Five Conference model, when all the biggest movers and shakers will be in either the Big Ten or SEC.

UCLA and USC were two of the first members of the Pac-12, both joining the league before 1930, where they’ve stayed since. In departing for the Big Ten, they’ll raise the conference’s full-time membership to 16 schools, tying the next iteration of the SEC, which is bringing in Texas and Oklahoma from the Big 12.

The Sooners’ and Longhorns’ decision to bolt for the SEC started another round of conference realignment to better line their pockets last July. The Trojans and Bruins’ switch is the biggest domino to fall since, allowing the Big Ten to become the first conference to have a manifest destiny with schools stretching from sea to shining sea. Just as the 19th-century American settlers drew it up.

This is a geographical nightmare. When USC and UCLA don’t play each other, their next closest conference opponent is Nebraska. That’s a tame 1,500-mile trip from Los Angeles to Lincoln. That’s a minimum. Try being Rutgers or Maryland and the yearly cross-country trip for a simple conference game. Please show how it’s best for the players to recover with longer flights and less time to prepare for opponents. New Brunswick, New Jersey to the L.A. Memorial Coliseum is a 5-hour one-way trip and nearly 2,800 miles.

The report of UCLA and USC leaving the Pac-12 comes the same week as the Big 12 announced its new commissioner and touted the bright future for the league. It’ll bring in UFC, Cincinnati, Houston and BYU to replace the departing Oklahoma and Texas. Their future won’t matter if they’re still playing checkers in the college athletics landscape. Only the SEC and Big Ten are playing chess as of now.

Oh, and that whole “Alliance” scheduling of…