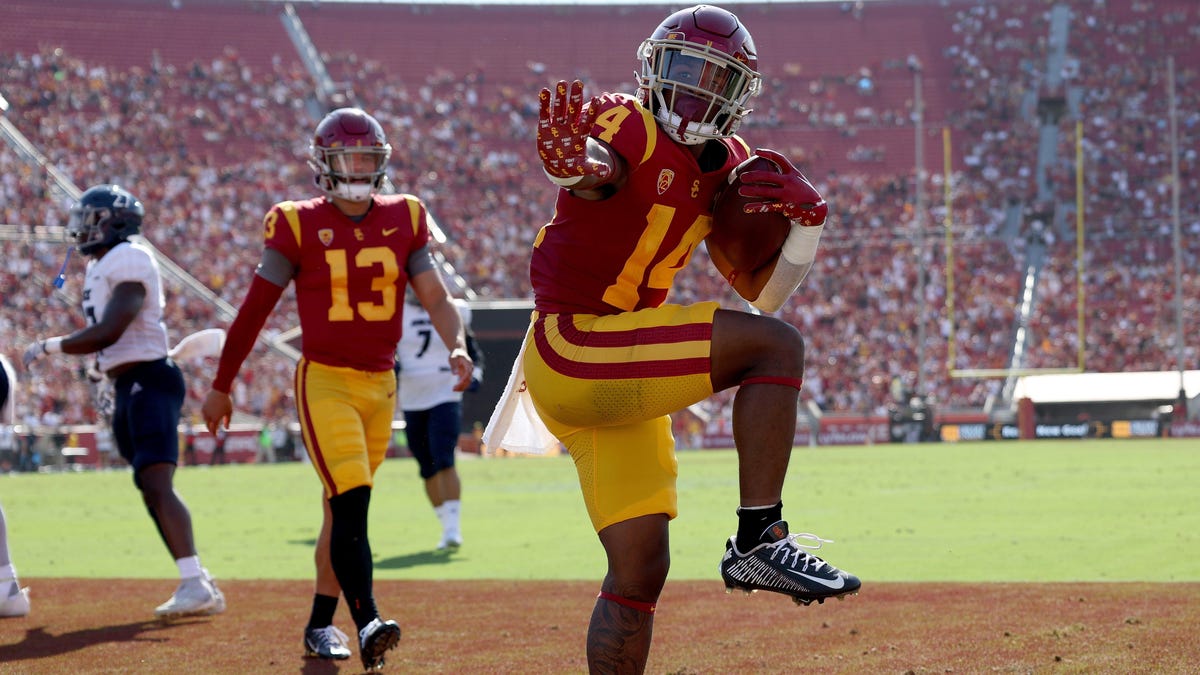 USC football is back?

USC’s Raleek Brown celebrates his touchdown in front of Caleb Williams in the Trojans’ 66-14 win over the Rice Owls.Image: AP

USC Football is back.

I know, they opened their season against Rice, who hasn’t had a winning season since 2014. And I know, they entered the game as 32.5 point favorites. They were expected to do what they did.

But at the same time, were they?

Since the 2017 Rose Bowl, USC football hasn’t been very good. Under Clay Helton, this team never lived up to their potential. They played down to inferior opponents, and struggled against the better ones.

But on Saturday, in the inaugural game of one of the most exciting eras of USC football, they delivered one of the biggest beatdowns in the program history — and did so in extremely exciting fashion. Their 66 points was the most that Trojans have scored in a game since 2008. Their three interceptions-returned-for-touchdowns tied a franchise record for most in a game.

USC only failed to score on one offensive drive — the first of the game by their backups in which two penalties derailed the drive. And head coach Lincoln Riley was coaching just as hard after that drive as he was before the opening one.

It was an all-around dominant effort for the Trojans, one that USC fans were truly not accustomed to seeing. After the game, redshirt senior and team captain Justin Dedich summed it up perfectly:

“Usually fans would leave the game because we got blown out so bad. [Today] they left because we won so well. That was new to me.”

Temperature at kickoff was 98 degrees. With a lack of clouds in the sunny, blue LA skies, fans were cooking in the beaming, hot sun for the entire three and a half hours of game time.

UCLA, who opened their season against Bowling Green in Pasadena just a few hours prior, had a record-low attendance of just 27,143. For a team expected to compete in the Pac-12, it was very clear the heat was a factor.

Not for USC though, as 60,113 strong filled the Coliseum. Fans piled in early, the excitement buzzing all morning.

And those 60,113 who weathered the heat, well they were rewarded.

USC football was finally fun again. From the…