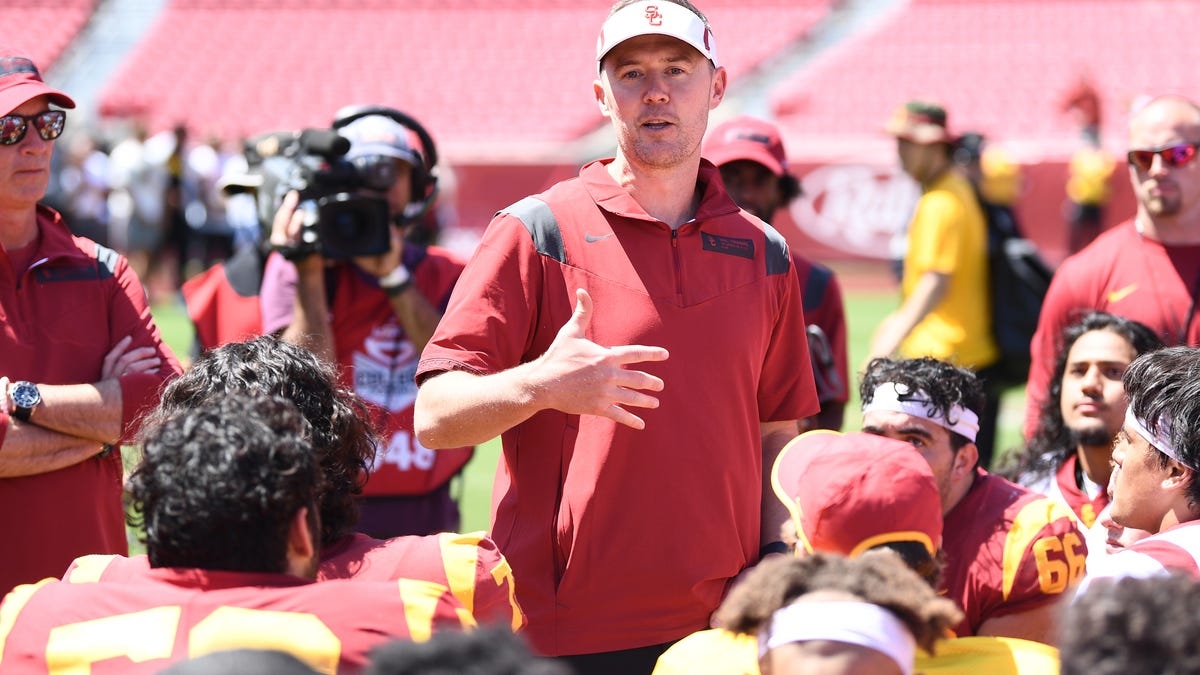 USC is an early national title favorite in college football

USC football is back.

Is that too premature?

The Trojans finished 4-8 last season, and were 22-21 in their last four campaigns. They endured one of the worst four-year stretches in school history and haven’t won a bowl game since the 2017 Rose Bowl. They’ve also never qualified for a College Football Playoff.

But I’m sticking with it: USC football is back.

After firing longtime head coach Clay Helton and making it clear that interim head coach Donte Williams was not the permanent answer, USC’s coaching search looked lost. All its top candidates seemed to be choosing other schools, and the Trojans were set for another season of mediocrity.

Then, one fateful night in late November, everything changed.

The team somehow someway, seemingly out of nowhere, snatched Lincoln Riley from his throne in Norman, Oklahoma and right into the bright lights of Los Angeles.

Riley was excited to bring relevance back to the West Coast, and, within a short amount of time, that’s exactly what he did.

It wasn’t long before Riley was flipping recruits and landing top transfers in this year’s class, including two of the top three and three of the top nine.

Caleb Williams, the former 5-star standout at Oklahoma under Riley, was the prized possession of the 2022 class. He took the job from Spencer Rattler last season, and led the Sooners to an Alamo Bowl victory over the Oregon Ducks. The dual-threat quarterback threw for 21 touchdowns and ran for another six in 11 games.

Jordan Addison, last year’s Biletnikoff Award winner as the best wide receiver in College Football, was the top non-quarterback to switch schools. He reeled in 100 catches for 1,593 yards and 17 touchdowns last season, and chose the Trojans over the Texas Longhorns.

Then there was 5-star cornerback Domani Jackson, who decommitted from the Trojans in early November amid the uncertainty surrounding their head coaching position. But, just about a month later, in the middle of December, he announced he was coming back to LA, choosing the Trojans over…