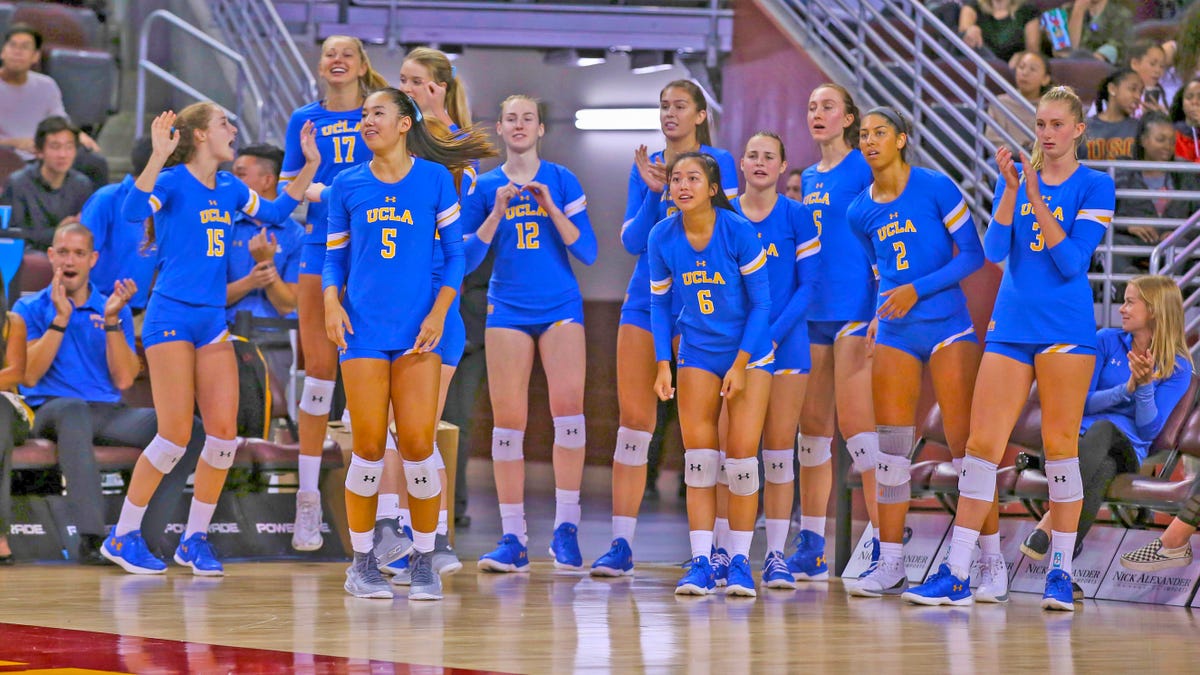 UCLA’s women’s volleyball team would have to travel all over the country to play conference games if UCLA joins the Big Ten.Image: Getty Images

Damn. What a day yesterday. Before yesterday, I would have said that UCLA and USC joining the B1G was probably the last conference realignment on earth that could happen. Oh, how a few hours and some good TV money can change everything.

With the realignment insanity, it’s hard to predict how long the current conference structure will last, as all of the schools with any influence in the NCAA head toward the SEC and the Big Ten (is Clemson next? Or is Dabo too prideful to put his team in front of that competition? Anyways, that’s beside the point). Football comes first, along with the money that inevitably follows it. That’s the way it’s always been, and since the sport makes exponentially more money than almost any other college athletic program at the majority of Power 5 schools, it makes sense to follow football.

Is it what’s best for the sport? Arguably not. There’s a lot of lamenting in the CFB Twitter universe going on, and understandably so. Conferences rest at the heart of the sport, and with ongoing debates over an expanded playoff with automatic conference title bids, the future of the national championship is also thrown into darkness with this unprecedented move. But as much as I love football, and as much as there is to be said about it (and that I will, at some point, say about it), I do want to talk about all the other sports for just a moment. The sports without the football budget, without football’s schedule, without the advantages that, in most scenarios, accompany being on the football team that may not necessarily apply to other student-athletes.

Football teams play once a week for twelve weeks a year. To put the USC and UCLA volleyball, basketball, softball, lacrosse, baseball, and several other teams into a situation in which they will now have to fly cross-country every other time they want to play a conference game (which will make up the majority of their schedules) is enormously disrespectful to those student athletes and, quite…