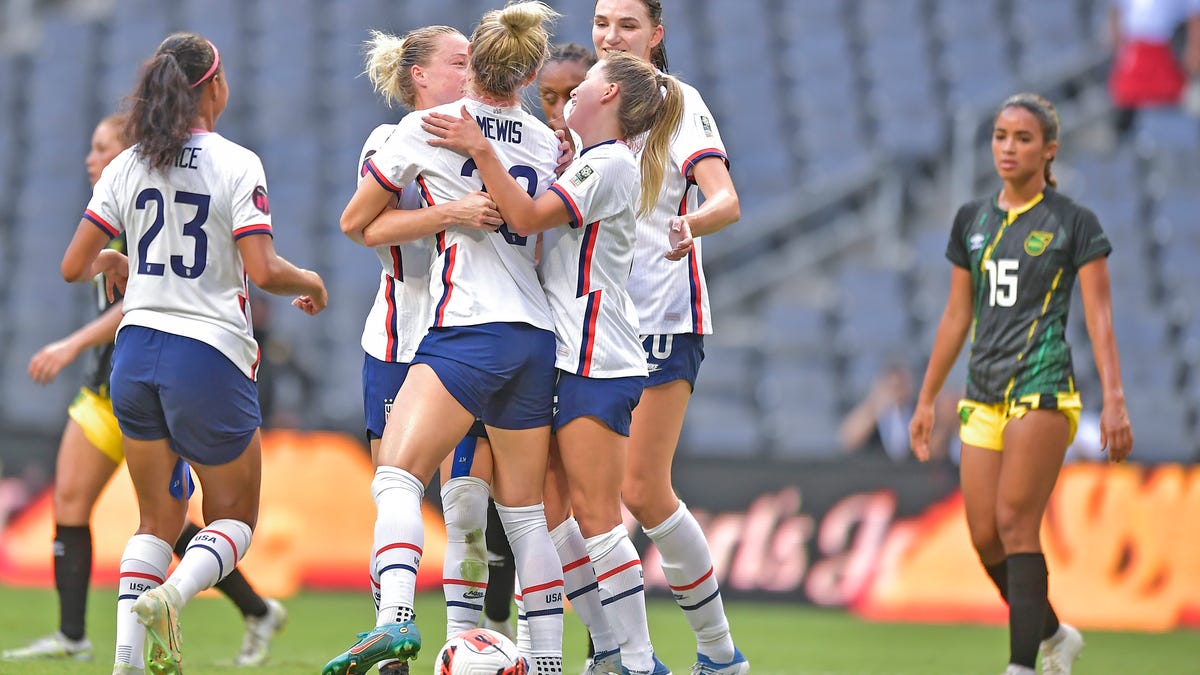 The defending champs qualified for the 2023 World CupPhoto: Getty Images

It’s hardly a surprise, but the USWNT walloped Jamaica 5-0 in the CONCACAF Women’s Championship to qualify for the 2023 World Cup, where they carry the heavy but illustrious burden of being two-time defending champs.

Sophia Smith ended any mystery about the contest mere minutes in, with this bit of magic on the right-wing that included a lob that would make Novak Djokovic green with envy and then another goal just three minutes later:

Rose Lavelle would add another early in the second half, and then Trinity Rodman would cap it off after a Kristie Mewis penalty. Thanks to Mexico’s loss later in the day, the U.S. is clean through.

Certainly, the next generation is starting to entrench themselves in the lineup, as Smith, and Mallory Pugh on the other wing looked lethal for most of the game and the previous one against Haiti. While Alex Morgan bagged two goals against Haiti, there seemed to be a bit more flow with Ashley Hatch as the No. 9 and her better link-up play than Morgan’s more poacher-like approach (and to be clear, Morgan is one of the best goal poachers in the world so it’s not like you’d easily dismiss that). Hatch could have had a goal herself tonight if it wasn’t for a close offside call on Pugh in the build-up.

But the problems we saw for the USWNT in the Olympics aren’t ones we’ll get more looks at until the World Cup in Australia and New Zealand next summer. The U.S. creaked heavily under intense pressing from Sweden and the Dutch in Tokyo, and neither Haiti nor Jamaica, nor in the friendlies against Colombia, did we see any of that. We don’t know if Naomi Girma or Alana Cook will play their way out of trouble. Or if the No. 8s, whoever they are, will link up with Andi Sullivan as the deepest midfielder.

Secondly, though we did get some of this, as easy as the U.S. found it to create chances the past couple games, it was also pretty predictable. It basically involved Smith and Pugh running in behind their opposing fullbacks, or pulling out wide and letting Lavelle and Ashley Sanchez run through the…