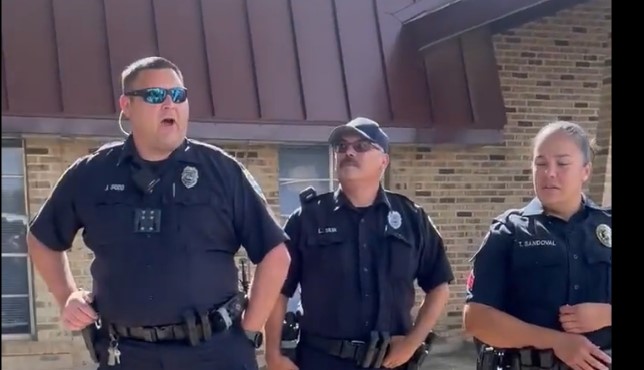 Uvalde School District officials called police on reporters who were asking about the locked door story.

The school district office called the police to ask the media to leave their property. pic.twitter.com/uhwWLZe3ya

Here is the statement just released. It addresses none of the questions. They say they’re cooperating with investigators. DPS told reporters yesterday the police chief has not returned their calls. pic.twitter.com/VYsdktHR8n

The statement doesn’t answer any of the questions that were posed and states that the district won’t be saying anything.

Uvalde Police Chief Pete Arredondo says that he has been on the phone with state investigators every day, but Texas Rangers say that he has not returned calls, texts, or messages requesting an interview about the police response. pic.twitter.com/xNiqrF7trs

Local officials appear to be trying to stonewall the media and investigators. Uvalde officials have no good reason to not be honest, open, and transparent about what happened and the decisions that were made. It would be a comfort to the community if they were.

The coordinated response of Uvalde officials leads to the possibility that they are trying to avoid being sued by grieving families for the deaths of their loved ones.

If Uvalde officials were so negligent in their response to a mass shooter that they caused the deaths of children and teachers in a classroom, those facts would come out.

Calling the police to tell reporters to get off of school board property is not something innocent people would do.

Uvalde officials may think this will blow over, but they are wrong. The deaths of 21 women and children will not be swept under the rug or overlooked, and eventually, the truth will be revealed.