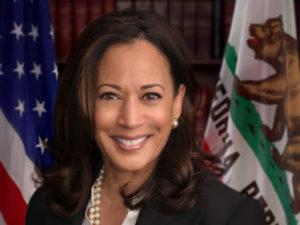 Vice President Kamala Harris will deliver the keynote speech at the NAACP convention on July 18 in Atlantic City, New Jersey, according to NBC News.

The president of the NAACP Derrick Johnson confirmed the news on July 15 and noted history would be made at the 113th convention with Vice President Harris’ speech.

“We could not be more excited to welcome the Vice President to the 113th NAACP Convention,” said Johnson. “Over the last 113 years, we’ve welcomed Presidents and Vice Presidents, from Eisenhower, Kennedy, Ford, Carter, Reagan, Clinton, Bush, Biden and Obama. But we’ve never welcomed a Black woman vice president. That is evidence of progress. It is evidence of power.”

Johnson also noted the importance of voting in November given the current state of the union, including the assault by Republicans on voting and reproductive rights.

“The Vice President has been a steady voice in the fight for voting rights, reproductive rights, and other assaults by the far-right on our freedoms,” Johnson said.

“We are honored to have the Vice President join us in this critical and pivotal moment for our democracy. It is essential people go out in vote this November, and that will be the focus of this year’s convention.”

JUST IN! We are thrilled to announce that @VP will be speaking Monday, July 18th, at our 113th NAACP National Convention!

Vice President Harris has been an outspoken advocate of reproductive rights amidst the Supreme Court overturning Roe v. Wade on June 24. Harris was in Philadelphia on July 16 to speak with House Democrats on the issue and plans to speak with state legislators while she is in New Jersey about the issue as well.

Harris also spoke at the Alpha Kappa Alpha 70th Annual Boule on July 14 and received a standing ovation after her speech. Harris shared a picture from the event…