BREAKING NEWS
GMT-4 08:25
Home Sports Vin Scully was the voice of a generation 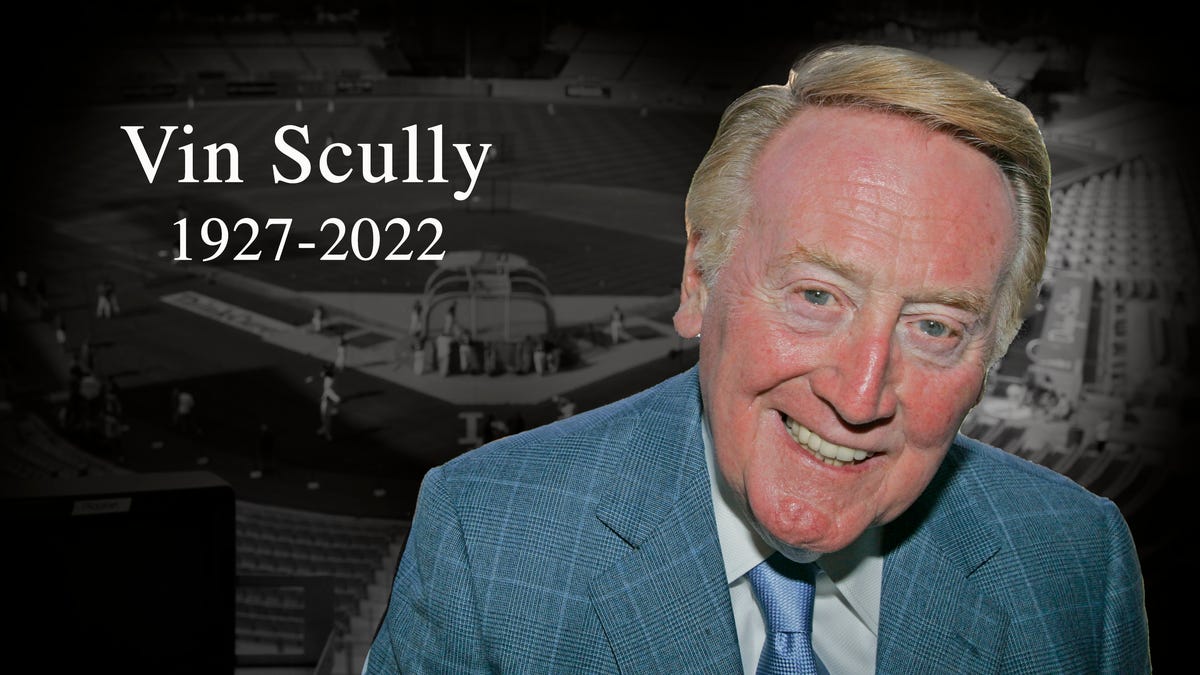 Vin Scully was the voice of a generation

When you think about baseball, who do you think of? Maybe a favorite pitcher or hitter, maybe your favorite team’s all-time greatest manager. For me, it’s Vin Scully. It has been for a long, long time. Growing up I always wanted to be a baseball announcer, and even before I knew what made great play-by-play commentary, I could tell that Scully was a step above everyone else. He passed away Tuesday, just a little over a year after his wife Sandra lost her battle with ALS. He was 94 years old.

“We have lost an icon,” Dodgers President and CEO Stan Kasten said in a statement. “The Dodgers’ Vin Scully was one of the greatest voices in all of sports. He was a giant of a man, not only as a broadcaster, but as a humanitarian. He loved people. He loved life. He loved baseball and the Dodgers. And he loved his family. His voice will always be heard and etched in all of our minds forever.”

I don’t think I can overstate just how legendary Scully was as a broadcaster. Starting in Brooklyn in 1950, with his mentor the legendary Red Barber, before moving with the team to L.A., Scully rattled off colloquialisms and anecdotes with folksy ease. Stories rolled off the tongue effortlessly, and they were always right within reach. You hear stories about how people in attendance at the ball game back in the 60s would still put their transistor radios to their ears just to hear Scully call the game that was right in front of them. He was part of the Dodgers experience, whether you were at home, or in the bleachers.

He was a myth, a legend of the broadcast booth, whose techniques were so simple, you’d think anyone could do them, yet no one could ever replicate his genius. Did you know that Scully had a small sand timer that he kept in front of him during broadcasts? Every time that timer ran out of sand, he had to say the score of the game. He’d flip the timer and the cycle would start anew. Little things like that demonstrate just how well Scully knew the inside of a broadcast booth, because when somebody is listening on the radio, they can’t see the score, or the runners on base, so Scully knew he had…