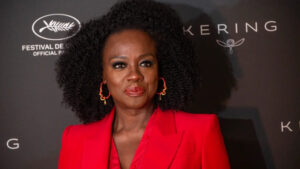 Viola Davis Talks Colorism In Hollywood, Says A Director Called Her By His Maid’s Name

Viola Davis is readily open to retelling her personal experiences with colorism in Hollywood, including the time when a director called her by his maid’s name.

On May 19, the Oscar and Emmy-winning actor attended Kering at the Cannes Film Festival for a compelling Women In Motion conversation, where she revealed an experience of micro-aggressions, Variety reported.

“He said, ‘Louise!,’” Davis began I knew him for 10 years and he called me Louise and I find out that it’s because his maid’s name is Louise,” Davis said. “I was maybe around 30 at the time, so it was a while ago. But what you have to realize is that those micro-aggressions happen all the time.”

In her recently released memoir ‘Finding Me,’ Davis talks about the scrutiny she faced over her beauty and looks from fellow Black actors in “How to Get Away With Murder,” due to her being darker-skinned. Yet, she won an Emmy for her historic leading role in one of the only series with a dark-skinned Black woman lead on television.

“I know that when I left ‘How to Get Away With Murder’ that I don’t see a lot of dark skin women in lead roles on TV and not even in streaming services,” Davis said, in conversation at Cannes. “And that ties into ideology and ethos and mentality, and that’s speaking in the abstract. Why aren’t you hiring a dark skin woman when she walks in the room and you say she blows you away? Create space and storytelling for her so when she thrives she’s not thriving despite of her  circumstance but thriving because of her circumstance.”

At another point, Davis further spoke about Hollywood’s limiting opportunities as a result of her race or talent not deeming her “pretty enough.” The issues are still ongoing, according to the actress.