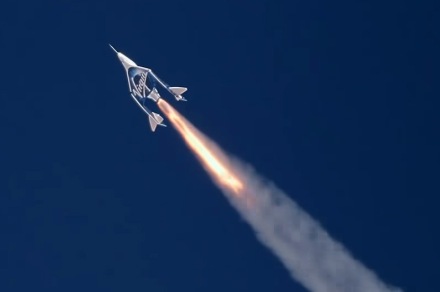 Virgin Galactic has again delayed the launch of its space tourism service, leaving those who’ve already forked out for a ticket having to wait even longer before they can take the ride of a lifetime.

In an announcement on Thursday, Virgin Galactic said it’s now targeting the second quarter of 2023 for the launch of its commercial space tourism service instead of the first quarter. This is the third such delay in 10 months and there’s no guarantee that it won’t be the last.

The delay is due to work on improving the VMS Eve carrier aircraft taking longer than expected. Eve will carry the space tourists inside the VSS space plane to 50,000 feet, before launching it toward the Kármán line, the point 62 miles above Earth that’s generally considered as the edge of space.

The update will come as a disappointment to the approximately 600 people who years ago forked out $250,000 for the one-off experience, and also to the 100 or so who more recently paid the raised fee of $450,000.

Despite the setback, Michael Colglazier, CEO of Virgin Galactic, made it clear that other preparations for the commercial space tourism service are continuing to make progress, saying, “While our short-term plans now call for a commercial service to launch in the second quarter of 2023, progress on our future fleet continues and many of the key elements of our roadmap are now in place to scale the business in a meaningful way.”

Involved in that future fleet is Boeing, who’s Aurora unit has partnered with Virgin Galactic to build new carrier aircraft. A new spaceplane called Imagine is also in the works.

To give folks a flavor of what to expect during Virgin Galactic’s 90-minute tourism experience, Virgin Galactic founder Richard Branson last year boarded the first fully crewed test flight. Footage from interior cameras showed the six-person crew marveling at the curvature of Earth while floating around in the cabin during several minutes of weightlessness.

Its main competitor in the space tourism sector, Blue Origin, has completed six crewed missions since the first one a year ago….