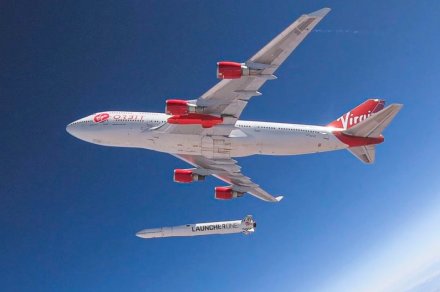 Virgin Orbit is making the final preparations for its Straight Up mission as it seeks to take on the likes of SpaceX and Rocket Lab for small-satellite deployments.

Currently on track to launch from the Mojave Air and Space Port in California at 10 p.m. PT on Wednesday, June 29, the mission will deploy payloads for the Department of Defense’s Space Test Program and mark the company’s first night-time launch.

Straight Up will be Virgin Orbit’s first mission since January 2022 and the fourth overall. The target orbit for this week’s mission approximately 310 miles (500 kilometers) above the Earth’s surface at 45 degrees inclination, an orbit that the company says no other system has reached from the West Coast.

“Our hardware is in top-notch condition, and the team is performing exceptionally, as we prepare for our first night-time launch,” Virgin executive Tyler Grinnell said in a release. “The perspective we’ve gained from each previous launch is really paying off now. Our crews in the sky and on the ground are ready to further our mission of getting our customers’ satellites precisely where they need to go.”

While SpaceX and Rocket Lab use a conventional ground launch to send their rockets and payloads to space, Virgin Orbit attaches its 70-foot-long LauncherOne booster to a modified Boeing 747 for an air launch. Once the aircraft is well clear of the clouds at an altitude of around 30,000 feet, the pilots release the booster, which then fires up before carrying its payload to space.

Virgin Orbit says its launch system for small satellites offers key advantages over its rivals’ offerings as its missions can be carried out more quickly, from more locations, and at lower cost. The video below elaborates:

Virgin Orbit was founded by Richard Branson in 2017. Following extensive testing, the first commercial flight took place in 2021. Missions to date have delivered a range of commercial, civil, national security, and international satellites into orbit.

As the Straight Up mission is taking place at night, there will be no livestream of the event. However, Virgin Orbit is promising to…