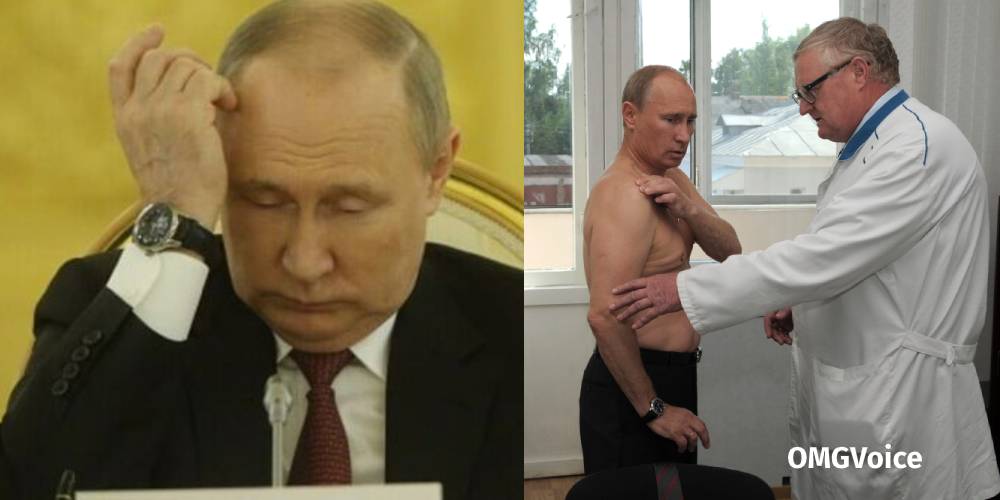 Russian President Vladimir Putin has “rapidly progressing cancer”, is losing his sight and has been given three years to live by doctors, according to a Russian intelligence officer.

“He has no more than two to three years to stay alive,” the source said, as reported by the Mirror.

“We are told he is suffering from headaches and when he appears on TV he needs pieces of paper with everything written in huge letters to read what he’s going to say.

“They are so big each page can only hold a couple of sentences. His eyesight is seriously worsening,” the FSB agent said.

“And his limbs are now also shaking uncontrollably.”

The report adds fuel to rumours which have been circulating throughout the Russian invasion of Ukraine that the Russian leader is very sick, with some reports suggesting he has cancer and others suggesting Parkinson’s disease or multiple sclerosis.

Last week, those rumours seemed to be backed up with vision of Mr Putin grimacing and twitching his way through a meeting with his close ally Belarusian President Alexander Lukashenko.

The pair met for talks in the Black Sea city of Sochi, as Mr Putin’s invasion of Ukraine continues, but their discussions were overshadowed by the sight of the struggling Russian leader.

“He has several serious illnesses, one of which is cancer,” Mr Budanov said.

“But it is not worth hoping that Putin will die tomorrow. He has at least a few more years. Like it or not, but it’s true.”

The most recent reports that the Russian President has no more than three years left to live reportedly came via a spy in Russia to an FSB defector living in Britain.