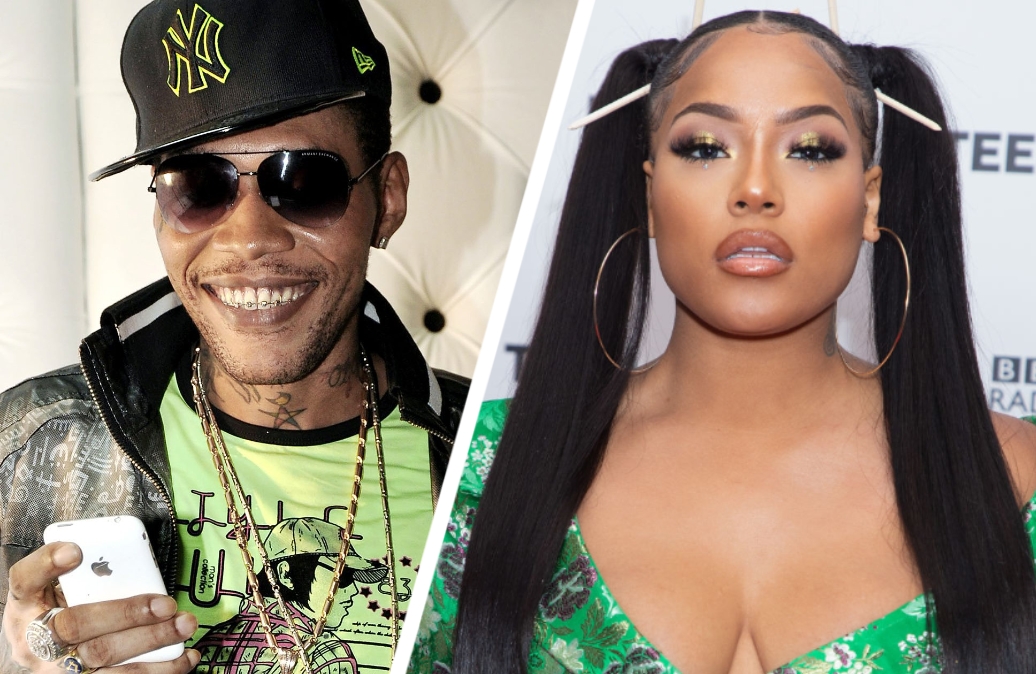 Reputed King of Dancehall Vybz Kartel and British rapper Stefflon Don are rumoured to have a forthcoming collaboration entitled “Amazing.” The alleged duet comes on the heels of the Senseless singer dropping her collaborative song Clockwork with Spice, the crowned Queen of Dancehall.

Clockwork, a carnival-inspired song celebrating Jamaican heritage, is the first single released from Stefflon Don’s upcoming debut album, Island 54, which is expected to drop this year.

Stephanie “Stefflon Don” Allen is now rumoured to have crafted a song with incarcerated deejay Kartel, who has been her dream collaborator for quite some time.

In an Instagram post made by user shemarmckennon, the announcement of the alleged collaboration was made on Tuesday, telling fans, “Look Out For A Brand New Collaboration Song Between Vybzkartel and Stefflondon which is called Amazing that is coming soon.”

The post featured a collage of the entertainers and another photo of Stefflon Don alone with the track title.

In 2017, the UK-born singer told Peter Rosenberg during an interview with Hot97 that her dream dancehall feature is to work with the legendary Vybz Kartel.

Stefflon Don, born in Birmingham to Jamaican parents, is compared to Trinidadian rapper Nicki Minaj as the UK’s equivalent because she raps with wit and passion about women’s empowerment, street life, and sex. Her boisterous, captivating sound is laced with doses of authentic Jamaican dancehall.

Stefflon Don released Like That earlier this year, and she featured on Masicka’s Moments, which is from his 438 album, as well as collaborated with IQ on the single Bun Fi Bun. She also dropped Sweet Bounce last month and recently appeared on Calvin Harris’ new album alongside Chloe Bailey and Coi Leray on the single Woman Of The Year.

Meanwhile, the incarcerated deejay has released a number of new songs this year, the most recent of which is White House, which was released on August 19 and is currently trending on YouTube. Eight days ago, he dropped his single True Religion and dropped Polo Anthem on August 12, which is also on the trending chart at number…